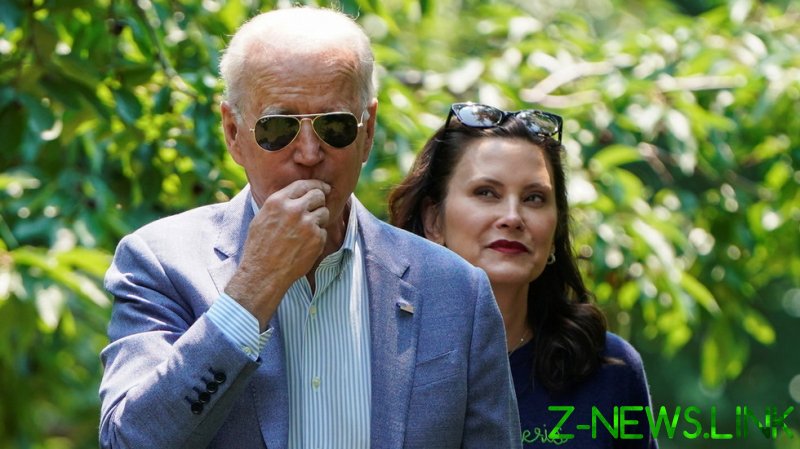 Deputy Assistant Attorney General Joe Gaeta informed House Republicans on Friday that the Justice Department has decided not to open an investigation into any public nursing facilities in the three states “at this time.”

“We have reviewed the information you provided along with additional information available to the Department. Based on that review, we have decided not to open a [civil rights] investigation of any public nursing facility within Michigan at this time,” said the letter sent to Governor Gretchen Whitmer by Steven Rosenbaum, chief of the litigation section in the DOJ’s civil rights division, on Thursday. The same letter was sent to Tom Wolf of Pennsylvania.

Whitmer’s April 2020 executive order required nursing homes to accept Covid-19 patients discharged from hospitals and place them in dedicated isolation units. Melissa Samuel, president of the Health Care Association of Michigan, claims that the order was never fully implemented, however.

Wolf’s former health secretary Rachel Levine – who withdrew own mother from a nursing home even as overseeing the state policy of mandating they take in Covid-19 patients – has since been confirmed as the first transgender assistant secretary at President Joe Biden’s Department of Health.

The DOJ apparently sent the same letter to New York’s Andrew Cuomo. The only remaining governor who could be under investigation is New Jersey’s Phil Murphy at this point.

Michigan’s official figures say that 87% of Covid-19 deaths were among people 60 and older, and about a third of the state’s total deaths were “linked to” long-term care facilities, amounting to 5,754 residents and staff. However, investigative journalist Charlie LeDuff claims the numbers might be undercounted by as much as 100 percent, and that officials at the Michigan Department of Health and Human Services told him their review of data about the deaths was stopped because it was too “time consuming.”

Whitmer’s celebrity status among the Democrats was cemented by the FBI announcement they had thwarted a “plot” to kidnap her in October 2020. Since then, it has emerged than more than half the people involved were FBI informants – and that the plot actually originated with them.

Her spokesman Bobby Leddy welcomed the DOJ letter, calling accusations against her “baseless” and accusing Whitmer’s Republican critics of seeking to “politicize the worst public health crisis in 100 years.” Whitmer’s actions “saved thousands of lives” while the Republican proposals would have led to more virus spread and deaths, he claimed.

Tudor Dixon, one of the Republicans vying to run against Whitmer in 2022, denounced the DOJ for choosing to “put partisan politics ahead of accountability.” Dixon was unable to see her grandmother, who died in a nursing home during the lockdown, due to Whitmer’s executive orders barring visitations that only expired in March this year.

Dixon and other Republicans seem to be facing long odds, as Whitmer is reportedly flush with record amounts of cash – having raised more than any gubernatorial candidate in Michigan’s history.

On Wednesday, however, the Michigan state legislature repealed the emergency powers law Whitmer had used to impose lockdowns. The governor is unable to veto the decision, because it started out as a citizen petition that gathered half a million signatures.