Home / WORLD / ‘No one has the right to beat a kid!’ Russian Olympic champ Volosozhar lashes out at coach who threw young skater across the ice 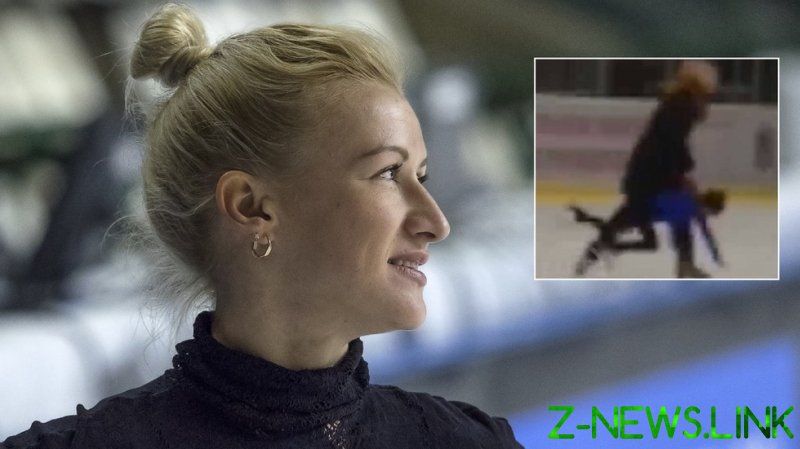 The video, which was recorded by one of the parents whose daughter attends the same school, shows the coach grabbing a little girl’s neck before savagely pushing her and sending her flying on the ice.

The shocked woman who caught the outrageous moment on camera showed it to the school’s management and demanded they fire the specialist.

As the scandal progressed it was discovered that young skaters have allegedly suffered more rough treatment at the hands of the coach, who it is claimed has often sworn at them and physically punished them if they failed to follow her instructions.

The woman, whose name hasn’t been revealed, was already suspended for two weeks for unprofessionalism, but returned to work despite complaints from her students.

The school hasn’t yet commented on the incident, which shocked the Russian sports community and led many star athletes to condemn the coach’s merciless methods.

2014 Olympic champion Tatyana Volosozhar added her weight to the issue, underlining that coaches have no right to beat kids and there can be no excuses for such outrageous behavior.

“Figure skating is a harsh sport which requires enormous self-control and discipline. But No one ever has the right to beat a kid. That’s out of the question,” Volosozhar wrote.

“Yes, a coach could be tough and strict, but it has nothing in common with physical abuse. The coach reportedly said that these are her methods of training. These are not methods, this is a lack of professional qualities and inability to work with kids,” she added.

The video was widely shared online and triggered a public uproar in Russia, with fans asking figure skating bosses not only to fire the coach, but to ban her from training for life.