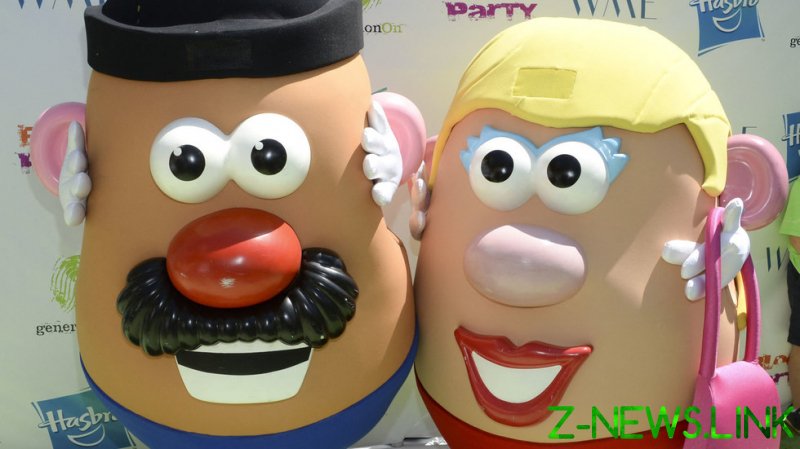 “Culture has evolved,” Kimberly Boyd, an SVP and GM at Hasbro, told Fast Company about the change. “Kids want to be able to represent their own experiences. The way the brand currently exists – with the ‘Mr.’ and ‘Mrs.’– is limiting when it comes to both gender identity and family structure.”

Since the Mr. and Mrs. Potato head toys have appealed to mainly young children for decades now, this new change will be a way to break down the idea of two genders and nuclear families, according to the company.

First launched in 1952 as simply accessories children could add to real potatoes, the Potato Head line has evolved over the years into plastic Mr. and Mrs. Potato Heads, with various accessories and expressions. The two became film characters in the massively popular ‘Toy Story’ franchise, as well, but there has never been much more to differentiate the two toys except for plastic pieces like lipstick or a mustache.

Hasbro will now be offering simply Potato Heads, with no gender titles. They will also cease selling family sets that fit into the traditional structure they’ve stuck with for so long aka a husband, a wife, and children. This major change will occur this year.

While the move is meant to play to a rapidly changing and more aggressively politically correct culture, the announcement has mainly been met with mockery online, most of it coming from conservatives.

“Now any child, of any gender, can look at a Potato Head and dream of growing up to be a plastic spheroid with interchangeable parts,” Daily Wire founder Ben Shapiro tweeted in reaction to the news.

“Imagine thinking in the middle of a global pandemic: ‘What’s really important is dropping the ‘Mr’ from Mr Potato Head & making him gender-neutral in case we upset a few wokies,’” Piers Morgan wrote of the decision.

Mr. Potato Head is only the latest cultural change made by a toy brand. For instance, the once famous skinny and blonde Barbie has expanded its line to include more color shades and body types, while the American Girl doll line has created a boy doll to go with their long line of female toys.

Following the backlash, Hasbro tweeted that the change will only affect the brand name, and not the Mr. and Mrs. Potato Head models, which will keep their genders. The company did not clarify the seeming contradiction with the original media comments of its own executive.