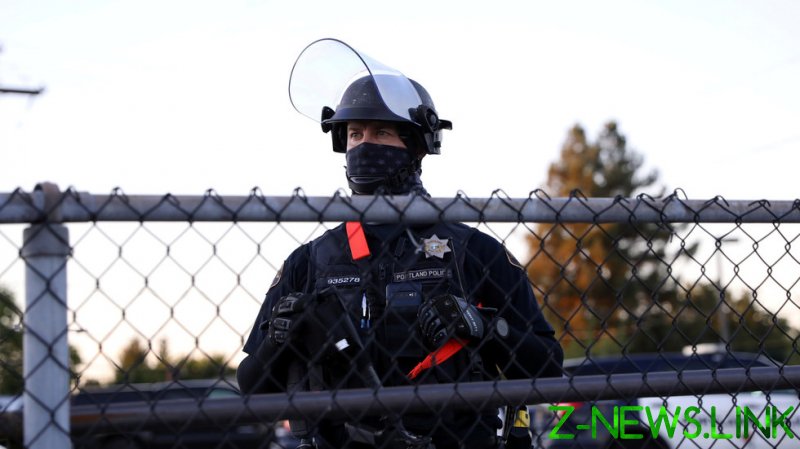 Portland, Oregon continues to deal with protests turning violent, even though police are bending over backward to stay out of sight – according to the latest police statements on Friday’s violent protest.

Despite heavy snowfall, 30 to 50 protesters marched on Friday night to the Central Precinct, according to the Portland Police Department. The demonstrators proceeded to throw snowballs at police vehicles and then at officers when they left the station to move the vehicles to prevent damage.

“Quit your job!” protesters yelled at officers as they were pelted with snowballs. The cops did not engage.

Police eventually moved back inside the precinct and locked the doors, ignoring protesters. The department defended the decision as “an effort to avoid confrontation and de-escalate the situation.”

“Officers remained out of sight as much as possible,” the department said in a statement. “However, officers were forced to monitor in case the group became more violent or caused damage to city property.”

Despite that effort, protesters did cause property damage, smashing the windows of a Starbucks and a center for urgent care.

Portland Police are now seeking information on the identity of the protesters, but zero arrests were made on Friday evening.

In tweeting out their official statement on the matter, the department referred to the protesters actions against police as simple “harassment.”

Despite the headline to their statement, the department did go on to call the protesters a “hostile group.”

Other critics noted the casual response of officers to the Portland group as business-as-usual for the city, which has dealt with numerous violent protests from Black Lives Matter and Antifa groups, who have clashed with police for months now and at times have caused significant property damage.

“Meanwhile in PDX: ‘No one was arrested,’” ‘No Safe Spaces’ producer Owen Brennan tweeted.