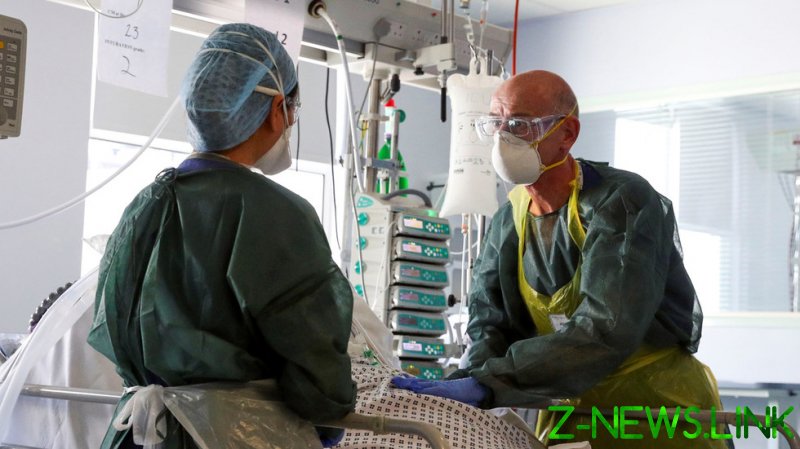 Speaking with Sky News on Tuesday Cabinet Office Minister Stephen Barclay dismissed several chances to apologise for the government’s Covid response, saying “we followed the scientific advice, we protected the NHS, we took the decisions based on the evidence before us.”

He said, however, that “with something so unprecedented as the pandemic, there will be lessons to learn, we’re keen to learn them.”

Barclay’s apology-free performance came after a damning 150-page report, which predominantly focuses on the pandemic response in England, was published by the House of Commons’ science and health committees on the same day.

The report calls delayed decisions on lockdowns and social distancing measures during the initial weeks of the pandemic – and advice that led to them – “one of the most important public health failures the UK has ever experienced”.

Downing Street sent the UK into its first lockdown on March 23, 2020, two months after scientists initially convened to discuss the pandemic’s national response, a move deemed too slow by the authors of the report.

The expose said that “the veil of ignorance through which the UK viewed the initial weeks of the pandemic was partly self-inflicted.”

It is now clear that this was the wrong policy, and that it led to a higher initial death toll than would have resulted from a more emphatic early policy. In a pandemic spreading rapidly and exponentially, every week counted.

Over 160,000 Covid-related deaths have been registered in the UK since the outbreak of the pandemic, the second-worst in Europe, and the eighth-highest in the world.