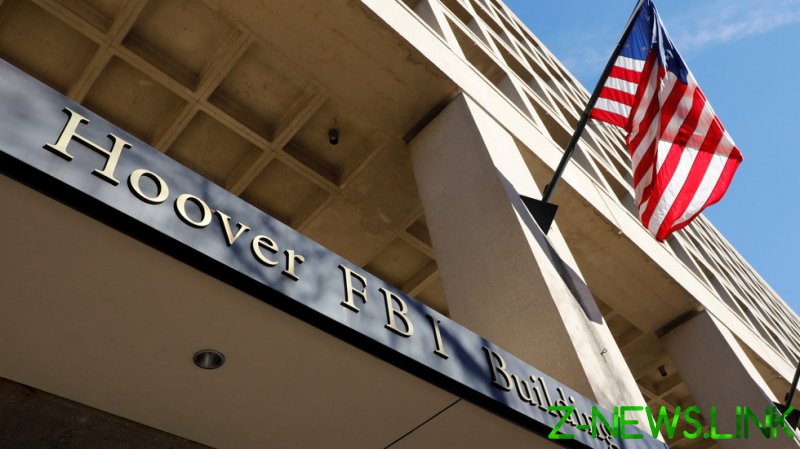 On January 15, the Senate Judiciary Committee declassified a number of interviews conducted over the course of 2020 with assorted officials conducted during its investigation of the origins and aftermath of Crossfire Hurricane, the Federal Bureau of Investigation (FBI) probe into potential collusion between Donald Trump’s presidential campaign and the Kremlin.

In an accompanying statement, Republican Senator Lindsey Graham, Committee Chair, said the material furthered his contention that Crossfire Hurricane was “a massive system failure” on the part of senior FBI and Department of Justice (DOJ) officials, who were “either grossly incompetent or knowingly allowed tremendous misdeeds.”

“Crossfire Hurricane was one of the most incompetent and corrupt investigations in the history of the FBI and DOJ. The FISA [Foreign Intelligence Surveillance Act] court was lied to. Exculpatory information was withheld on those being investigated,” he fulminated. “Investigators, with some notable exceptions, were incredibly biased and used the powers of law enforcement for political purposes. The subjects of the investigation had their lives turned upside down. At every turn, the FBI and DOJ ran stop signs that were in abundance regarding exculpatory information.”

Given what so many of the individuals quizzed by the Senate revealed under oath, Graham’s incendiary condemnations seem thoroughly warranted. One can only hope his view that the actions of the officials in question were “not representative of the dedicated, hardworking patriots who protect our nation every day” is correct.

No evidence of collusion

On June 8, 2017, former FBI Director James Comey appeared before the Senate Select Committee on Intelligence (SSIC), following his abrupt firing by Donald Trump a month prior – a move that precipitated the launch of Robert Mueller’s Special Counsel investigation.

The mainstream media widely forecast in advance that his testimony would provide bombshell insight into the White House’s intimate, illicit connections with Moscow, and could spell the beginning of the administration’s end, if not the end itself.

In the event, while Comey had some harsh words indeed for the man who’d dismissed him, he was repeatedly evasive on key questions related to investigations into the Trump campaign’s potential ties to the Kremlin, merely confirming all its members were being scrutinized – which he’d already disclosed to much fanfare three months earlier.

Among the newly declassified transcripts is the June 2020 Senate testimony of Dana J. Boente, a senior DOJ official who oversaw pivotal periods of Crossfire Hurricane. It raises obvious concerns about Comey’s public statements, and his motivations for making them.

“I recall being told at some point, maybe not February [2017], [but] between February and April, because, thankfully, my involvement ended in April, that there was no evidence of collusion with the Trump campaign,” he told the Committee.

Boente also made clear that Comey was determined to publicize the ongoing investigation, and outlined his intention to do so before his SSIC appearance, which the DOJ had misgivings about.

“Well, I certainly felt that he could [mention it]. ‘Should’ is a much more difficult question, but I ceded to his request to brief on it …We don’t like to brief on pending criminal investigations as a matter of policy … I think he said … that the Intelligence Committee should know about or understand a maligned foreign power had attempted to affect our presidential election,” Boente recalled.

Since Comey’s Senate appearance, it’s been revealed that only a small minority within the US intelligence community were of the view that a “foreign power” had attempted to impact the outcome of the 2016 vote. However, then-CIA director John Brennan, with the support of Comey, excluded dissenting voices from the controversial ‘Intelligence Community Assessment on Russian Activities and Intentions in Recent Elections.’

The Assessment has been invoked as proof of meddling by the Kremlin in not merely the US but democracies the world over ever after – and was used to justify keeping Crossfire Hurricane going.

That Boente was told within the first four months of 2017 that the FBI had no evidence of collusion is striking but unsurprising.

Previous disclosures of internal Bureau files and communications related to Crossfire Hurricane reveal that nothing to support the notion of covert collaboration, much less contact, between Trump’s campaign and the Russian state had been unearthed by that time, despite intensive investigation of all the individuals involved.

This included direct targeting by at least four covert human intelligence sources and numerous undercover agents, and the securing of a FISA warrant against Trump campaign volunteer Carter Page in late 2016.

In seeking the warrant, the Bureau depended almost exclusively on the contents of the now-notorious and utterly discredited ‘Trump-Russia’ dossier produced by former MI6 operative Christopher Steele at the behest of opposition research firm Fusion GPS, which had been hired to dig up dirt on the Republican candidate by the Democratic National Committee.

At the same time he was producing the dossier, Steele was also a paid informant for the FBI, although his contract was terminated in November 2016. The newly declassified transcript of the Senate testimony of his FBI handler – unnamed in the document, but identified elsewhere as Michael Gaeta – sheds light on why.

On October 31 that year, Mother Jones became the very first news outlet to report on the existence of the dossier. Steele was unnamed, referred to instead variously as a “former Western intelligence officer” and a “veteran spy.” His handler was alerted to the piece and duly dropped him a line.

“I got him on the phone and said, did you see this article? My first question was, was that you, meaning, were you the source for that article? … I said this changes everything. We’re not going to be able to go forward from here on out. I told him specifically you’re not to collect any information on behalf of the FBI,” Steele’s handler recalled. “It told me that he was completely untrustworthy at that point as a source and could not be handled and would not be reliable.”

Tantalisingly, Steele’s handler also revealed that the Bureau was well aware of the highly politicized nature of the dossier when his work for Fusion GPS had only just begun. That this represented an obvious conflict of interest was apparently not considered, or indeed of no concern.

At a meeting in London on July 5, 2016, requested the day prior by the former MI6 operative, Steele provided his handler with two memos he’d produced on Trump’s alleged ties to Russia to that point. There was “not even a question” in the handler’s mind that the information was “definitely political” and had been solicited by one of the parties involved in the impending election “to be used against the other.”

That the Democrats were the ultimate beneficiary of Steele’s reports would surely seem obvious to many, but the ex-spy professed he was unaware of who or what was bankrolling Fusion GPS’s research efforts, merely saying the endeavour was funded by a law firm, the name of which he did not know.

“When I left there, there was not an understanding as to which party was actually paying for this information. It was clear that a party was paying for this information and that this information was going to be used by a party somehow. It was completely obvious,” Steele’s handler testified. “One of the goals was trying to identify the law firm, which would then hopefully help in identifying who was behind it … I had no understanding as I left that meeting that it was for one party or the other, but [knew] clearly that it was a political party.”

The law firm in question was Perkins Coie and, if Steele was indeed ignorant of that fact during the rendezvous with his FBI handler, he was undeniably aware of it when he met the firm’s representatives Michael Sussman and Marc Elias face to face that same month. Elias concurrently served as general counsel for Hillary Clinton’s campaign, and personally hired Fusion GPS in April 2016.

Steele alleges Sussman outlined to him purported ties between Russian financial institution Alfa Bank, and Russian President Vladimir Putin. Those allegations were noted in a resultant memo that became part of the dossier in September that year. He later told US government officials that Alfa Bank’s server was a mode of communication between Trump and the Russian state.

On July 8, 2020, the English and Welsh High Court ruled in favour of two Alfa Bank principals in a legal action they brought against Steele’s company Orbis Business Intelligence, as falsehoods in the dossier breached the UK’s Data Protection Act.

​In a 53-page ruling, the court awarded the duo damages totalling around US$45,000, and also raised serious questions about Steele’s probity and integrity, finding the dossier’s allegations against the bank’s executives were “inaccurate or misleading,” and reasonable steps to verify the claims hadn’t been undertaken. The judge also found Steele had frequently offered “very different versions” of key events, which were “mutually inconsistent in a number of respects.”

Intriguingly, the judgment also noted that Steele “understood the intelligence he gathered would be used to advise the Ultimate Client on the prospect of legal proceedings and, if necessary, deployed in such proceedings to challenge the eventual outcome of the Presidential Election,” suggesting the dossier was always intended to serve as an insurance policy should Clinton fail to seize the presidency.

Had legal proceedings actually proceeded in the wake of her loss, the public might have learned the sorry story of its composition far earlier. It wasn’t until July 2020 that the identity of Steele’s sole source for the dossier’s allegations, Brookings Institution staffer Igor Danchenko, was publicly revealed.

His unmasking followed the release of his 2017 interview by FBI agents, as the Bureau attempted to verify the dossier’s contents. He exposed how he’d fed drunken tittle-tattle to Steele in return for cash, and expressed intense dismay it had been used in a criminal investigation in any capacity.

Despite Dancheko’s determined disavowals, officials continued to cite the dossier in submissions for renewals of the warrant against Carter Page on three occasions thereafter.

In December 2019, the DOJ identified at least 17 “significant errors and omissions” in the last two warrants, secured in April and June 2017 respectively, and ruled them invalid. Page has since launched legal action against the FBI and top officials, including James Comey, in the federal court.