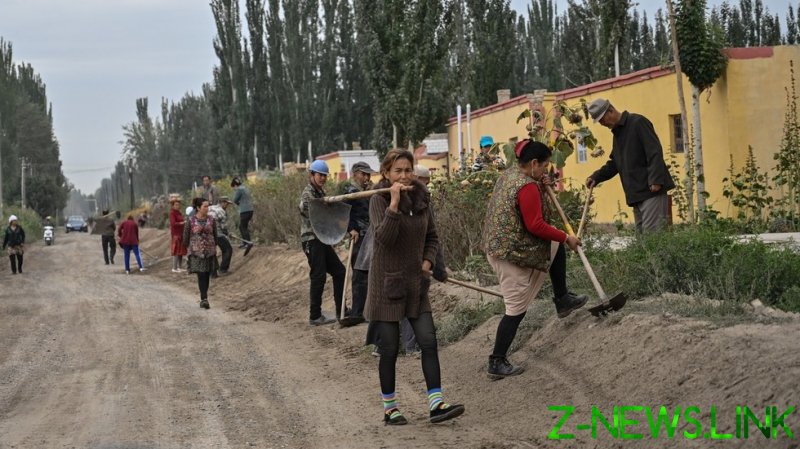 The divide between New Zealand and its Western partners was outlined during a parliamentary session on Wednesday, as politicians unanimously backed a motion expressing “grave concern” about allegations of human rights violations against Uighur Muslims.

The declaration only managed to secure the support of MPs after Prime Minister Jacinda Ardern’s left-wing Labor Party ensured the motion contained no reference to claims of a genocidal act by Beijing against the minority group, claims that are accepted by some of New Zealand’s closest allies.

Three members of the Five Eyes intelligence alliance, Canada, the United Kingdom and the United States have directly claimed that China’s behavior towards Uighurs in Xinjiang province constitutes genocide but, so far, Australia and New Zealand have cautiously refused to go that far.

The deputy leader of the right-wing ACT New Zealand party, Brooke van Velden, criticized Ardern’s government for failing to follow other countries in claiming a genocide is taking place, saying it’s “intolerable” that the parliament refused to use the label.

China’s embassy in New Zealand has not commented on the motion passed by parliament but, previously, Beijing has strongly refuted claims of a genocide or even mistreatment of Uighurs.

Speaking in March, China’s foreign minister, Wang Yi, declared that allegations of genocide against Uighurs is “ridiculously absurd” and a “complete lie.”

The Chinese government has offered to welcome UN officials that have raised concerns about what’s happening in Xinjiang but, so far, that proposed visit has not taken place, amid negotiations over potential restrictions on what individuals would be allowed to see and visit.