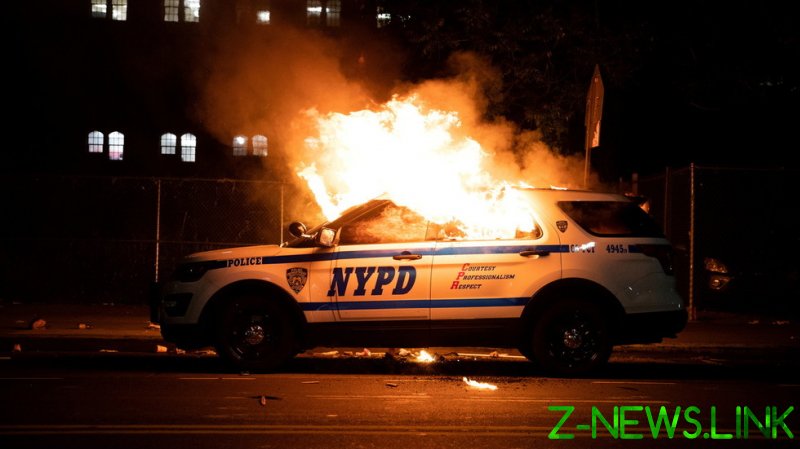 Citing police records, an investigation by a New York NBC affiliate found that a large percentage of charges filed during a wave of demonstrations last summer had since been dropped, many involving looting, vandalism and even rioting.

Of 485 arrests made in Manhattan between May and June of last year, 222, or nearly half, of those cases were dismissed by District Attorney Cy Vance. Some 128 remain open, while 73 saw convictions for minor crimes such as trespassing, which carries no jail time.

At the time of the protests, which followed Floyd’s May 25 death at the hands of Minneapolis police, Vance openly stated that “in the interest of justice,” he would not pursue most unlawful assembly, disorderly conduct and “other protest-related charges.” He argued that doing otherwise would undermine the “critical bonds between law enforcement and the communities we serve.”

“It is a dereliction of duty to their oath of office,” Edward Mullins, the president of New York’s Sergeants Benevolent Association, said at the time, adding that the DAs were “undercutting the work of the NYPD” as well as diminishing public safety.

In the Bronx, the police data showed that an even greater proportion of looting charges had been scrapped, with 73 cases out of 118 dropped since last year.

A source within one DA office told the NBC affiliate that for many suspects, prosecutors simply did not have the evidence needed to pursue charges, also citing a massive backlog of cases that accumulated as some courts were closed amid the Covid-19 pandemic.

However, former NYPD Chief of Patrol Wilbur Chapman said that while police carried out thorough follow-up investigations, the DAs did not attempt similar due diligence, arguing they “allowed people who committed crimes to go scot free.”

Prosecutors in a number of other cities, such as St. Louis, Missouri and Portland, Oregon, have followed similar guidelines when deciding to charge protest-linked cases, also dropping a flurry of charges racked up during the Floyd rallies. In Portland – where unrest was particularly intense, seeing more than 100 consecutive days of clashes with police last year – federal authorities stepped to charge alleged rioters after county DA Mike Schmidt refused to pursue most of the cases. However, even those federal cases have seen a high dismissal rate, with 31 out of 90 dropped by the Department of Justice as of March.