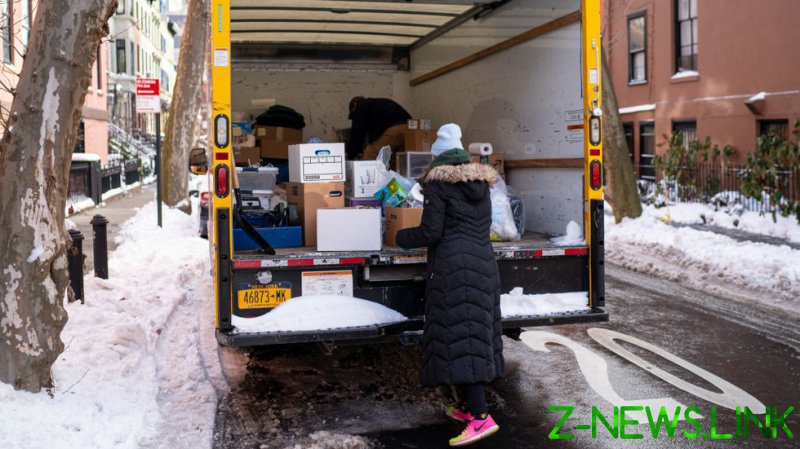 Violent crime and lawlessness in New York City have escalated to the point that almost half of local workers are considering moving away because they feel unsafe, a new poll has revealed.

A Morning Consult survey of more than 9,000 New York office workers found that 40% of those living in Manhattan and 48% in other boroughs are thinking about fleeing the city. Just 27% of overall respondents are strongly committed to staying in the city, according to the poll, which was released on Thursday.

The survey comes as many white-collar employees are transitioning back to their offices after working from home during the Covid-19 pandemic. About 84% of respondents said conditions have deteriorated in the past two years, and most of those said things had “greatly worsened.” The top concern cited by commuters was safety.

With reports of rampant crime, including violent attacks on strangers, many New Yorkers feel unsafe. Crime is running 59% of 2021’s pace so far this year, including a 73% surge in the city’s transit system. At least 56 people have been pushed onto subway tracks in the past two years, including an Asian woman who was killed in January. In other high-profile cases, women and elderly people have been attacked with hammers, slashed with knives or kicked down subway escalators.

Just 38% of office workers said they’re optimistic that the city is “on the road to recovery.” About 94% believe not enough is being done to address homelessness and mental illness, the poll showed, while 85% said assaults aren’t being adequately addressed.

Those hoping for a crackdown on crime will likely be disappointed, as Manhattan’s new district attorney, Alvin Bragg, has ordered staffers not to seek prison sentences for all but the most heinous offenders. Bragg, who took office in January after being elected with funding help from billionaire George Soros, also banned prosecutors from seeking sentences of more than 20 years even for the most egregious criminals, such as serial killers, terrorists and people who rape and murder children.

“Remote work has laid bare that NYC is unlivable relative to other places,” one poll participant said, adding that businesses must “put pressure on government to enforce the rule of law.”