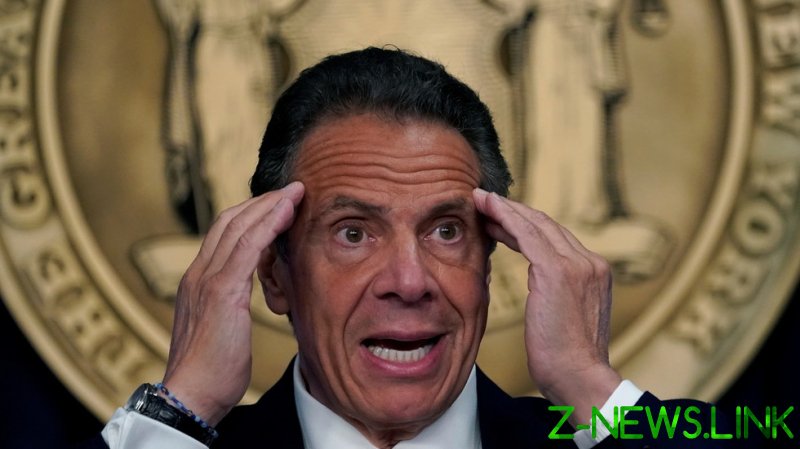 The state’s Joint Commission on Public Ethics (JCOPE) said it will conduct an additional inquiry into how a $5.1 million contract for Cuomo’s 2020 memoir was authorized last year – perhaps ironically, by the very same ethics panel – the body’s newly hired chair Jose Nieves said on Tuesday, per a local reporter.

“The commission has voted to approve the retention of independent counsel to conduct an inquiry into the legal and procedural operations of the commission,” Nieves said, meaning the agency will bring in other outside lawyers to review the case.

While JCOPE itself initially approved the high-dollar book deal, three members at the watchdog appointed by Cuomo have resigned from the body in recent weeks. In mid-August, chairwoman Camille Varlack became the first Cuomo-appointee to step down – just days after the now ex-governor announced his own resignation over sexual harassment allegations. Varlack was then followed earlier this month by the panel’s next acting chair, James Dering, and another member, Robert Cohen.

In the time since, Cuomo’s replacement as governor, Kathy Hochul, has filled two of those three vacancies, appointing Queens attorney Jose Nieves as JCOPE chairman and Buffalo attorney Sharon Stern Gerstman as a commissioner. Nieves is set to take point on the new inquiry.

Cuomo’s request to write the book – a memoir entitled ‘American Crisis: Leadership Lessons from the COVID-19 Pandemic’ – was originally approved in the summer of 2020, allowing him to rake in private income from the work. However, several JCOPE members reportedly complained at the time that the actual contract for the book was never put to a vote, and that some commissioners were effectively cut out of the decision-making process.

JCOPE’s upcoming probe follows a separate criminal investigation launched by New York Attorney General Letitia James in April, seeking to determine whether the then-governor used state resources or personnel to produce his memoir, including “the drafting, editing, sale and promotion of the governor’s book and any related financial or business transactions.” As of September 8, James has reportedly issued at least one subpoena to JCOPE, asking it to hand over all records pertaining to the for-profit book deal and the agency’s approval process. Though the body is steadily losing its Cuomo-appointed staffers one-by-one, it remains unclear whether JCOPE intends to comply with the subpoena request, or the extent to which it has cooperated with James’ separate investigation.

While Cuomo’s handling of the health crisis once earned ringing praise from the mainstream media – many pundits dubbing him a ‘hero’ of the pandemicand the main antipode to then-President Donald Trump – Cuomo saw a dramatic fall from grace earlier this year amid a nursing home scandal linked to Covid deaths and a mounting series of sexual harassment allegations. Critics of the ex-governor accused him of subsequently covering up deaths at nursing homes, after directing the facilities to accept Covid-19 positive patients early in the pandemic despite the danger they posed to elderly and immunocompromised residents.