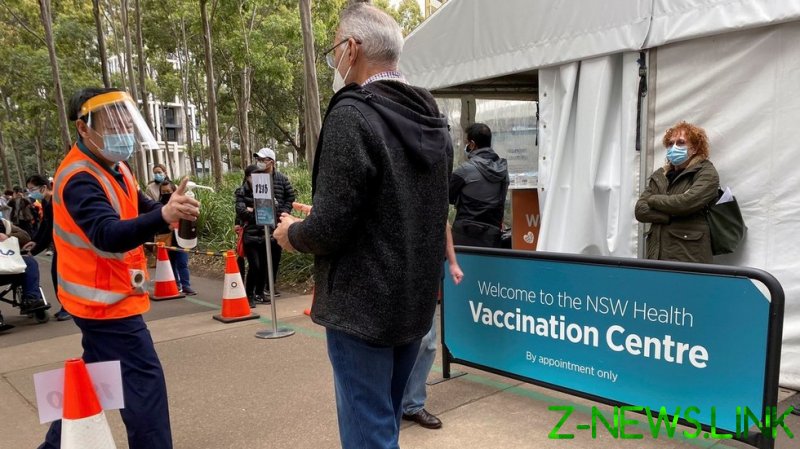 “We need to get at least the first jab for as many people as we can in those affected communities as possible, and that’s why we are asking for a refocus of the national vaccination strategy,” she stated, noting that some parts of the country have no cases at all.

Berejiklian has labeled the situation a “national emergency,” with an outbreak in Sydney ballooning to nearly 1,800 cases since mid-June. On Friday, the premier said 136 new cases had been identified over the past 24 hours, a new record for the state, surpassing the 124 recorded a day prior.

However, the NSW premier’s comments were not well received by other state leaders. South Australia Premier Steven Marshall said: “I’m not wanting to send any of our vaccination doses anywhere else,” while Victoria Premier Dan Andrews was more diplomatic, stating, “We need to be very careful when having a discussion about who we prioritize.”

Both Victoria and South Australia are under tough restrictions amid smaller outbreaks of the contagious Delta variant, some of which is believed to have been transported across state lines from New South Wales. Resultantly around half of the country’s population are subject to lockdown rules.

Only 15% of Australian adults have been inoculated against Covid-19 amid supply delays and warnings against the use of the AstraZeneca vaccine.