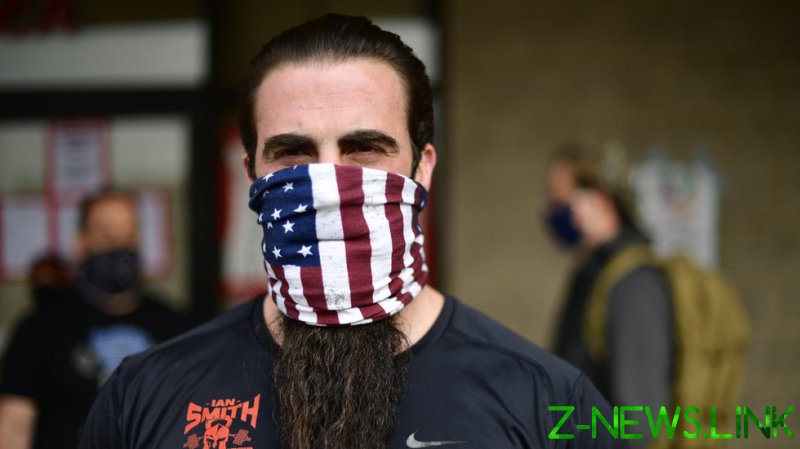 New Jersey Governor Phil Murphy “took it upon himself to empty our bank account entirely, to the tune of $165,000,” gym owner Ian Smith claimed in a Wednesday Instagram post. The confiscation took place “without warning, and without permission” despite both parties being eight months into a bitter legal battle over state Covid-19 restrictions – including a lawsuit against the governor, he added.

The gym owner accused the governor “and his cronies” of “effectively and intentionally interfering with our right to council [sic]” in a Twitter post, noting that the sum taken represented “100% of [the gym’s] legal defense money.”

In addition to several charges filed against Atilis Gym in July, when its owners were arrested for defying a court order to shut down their business, the gym has been hit with additional fines of $15,497.76 since November for every day it remains open to its members without enforcing a mask mandate.

However, the owners have appealed all financial judgments against their establishment. Smith pointed out that he has challenged not only the daily fines, but some “eighty municipal and criminal charges against us; ongoing litigation in the case of the revocation of our business license without due process; and the unconstitutional health department shut-down that was placed upon us in the first place.”

When Murphy ordered the state’s gyms to close back in March, Smith and his business partner Frank Trumbetti took their case to court, arguing they should be permitted to stay open as long as they maintained strict sanitary and social distancing protocols. The pair sued both Murphy and state health commissioner Judith Persichilli, vowing that “no governor, or no government official, will ever wield [such excessive] powers ever again.”

Smith personally served Murphy with a recall petition at his office in December in an effort to force the Democrat out of office.

The gym has not been charging members to work out since April, and all of the money in the account came from donations and apparel sales, according to Smith’s Instagram post. He added that the gym has seen 105,000 visitors since the pandemic began and not a single reported case of Covid-19.

While New Jersey has since permitted gyms to open, provided they follow the state’s Covid-19 regulations, Atilis does not require its patrons to wear masks while exercising.

Smith took his story national on Thursday with an interview by Fox News’ Tucker Carlson, who marveled that the gym owners were “being punished for trying to keep people healthy and trim in the middle of a pandemic that kills people who are overweight and out of shape.”

A spokesman for the New Jersey attorney general’s office subsequently claimed the gym owners had lied about the state “seiz[ing] their bank account funds” in the amount of $173,000. Smith had initially tweeted $173,613.60 had been taken from his account before revising the amount to $165,000 in his Instagram video.

“The State has obtained judgments against the owners, and intends to collect on them” in the amount of $134,463.08, the spokesman explained to Fox News, arguing that the $165,000 in “frozen” assets had been seized as the result of a bank levy in the course of the enforcement of a judicial order against the gym owners.

Gyms have become hotspots of local resistance to Covid-19 regulations, in part due to the prominence of obesity as a risk factor for the disease. A group of New York gyms filed a class action lawsuit against Governor Andrew Cuomo in July, and Orchard Park gym owner Robbie Dinero won his own case against the state government after a State Supreme Court judge affirmed New York’s order to close down gyms was “arbitrary and capricious” last month.

New Jersey has thus far endured the highest Covid-19 death rate in the US, with New York having the second-highest rate.

However, the majority of deaths in both states took place in nursing homes, which were required by the states’ governors to accept patients believed to be infected with Covid-19.