Home / WORLD / New data on the number of victims in Spain

New data on the number of victims in Spain 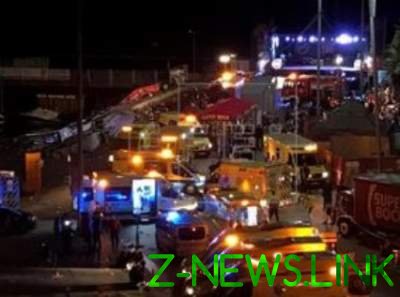 As a result of collapse of the platform have suffered more than 370 people.

The number of victims due to the collapse of the wooden platform during the festival of sport and music O Marisquiño in the Spanish city of Vigo has increased to 377 people.

It is noted that during the incident on the platform were hundreds of people who watched the concert of rap artist. According to police, the incident no one was killed.

See also:  In Japan, an unusual pedestrian staged an emergency on a busy highway

Witnesses reported that the fall of the platform caused panic. People, mostly teenagers, tried to go to a safe place, but some of them fell into the sea.