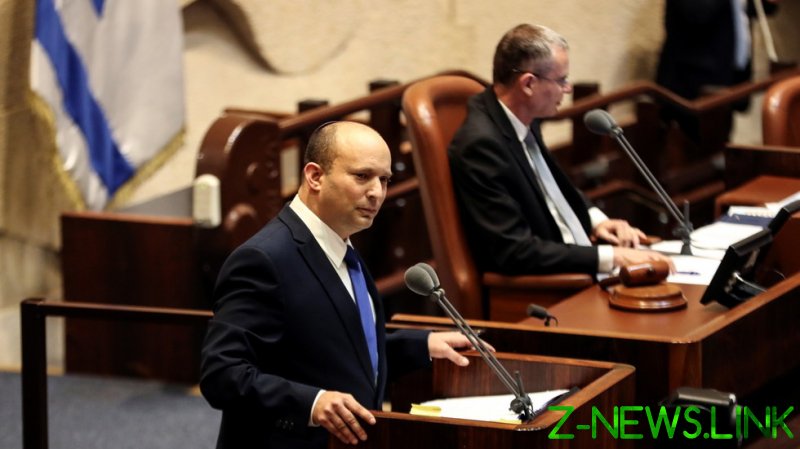 Bennett, the leader of the Yamina alliance and a key figure in the coalition of eight parties looking to oust Netanyahu, was first to deliver his speech during the crucial Knesset sitting on Sunday.

But when he took to the stage, he could barely speak, as deputies from Netanyahu’s Likud party and Ultra-Orthodox MPs constantly interrupted him, shouting “liar” and “criminal.” Some of the most agitated lawmakers had to be escorted out of the room by security.

Bennett responded to the heckling by saying that Israel was “facing an internal challenge, a divide in the people that is being seen at these very moments.” This split in society, which occurred during Netanyahu’s rule, “has led us to a storm of hatred and a clash of brothers, to the country being paralyzed,” he insisted.

If the MPs vote to support the ‘change’ coalition later today, Netanyahu will be leaving the prime minister’s post after 12 straight years in power. Bennett will become his replacement until 2023, with the PM’s job then going to Yair Lapid of the Yesh Atid party – that’s if the coalition manages to stick together until then. The ‘change’ block currently enjoys only a slight majority in the Knesset.

Lapid opted to forgo his prepared speech because of the hacklers. Instead, he blasted the right-wing lawmakers for their behavior, saying that Israeli people are “ashamed of you and reminded of why you must be replaced.”