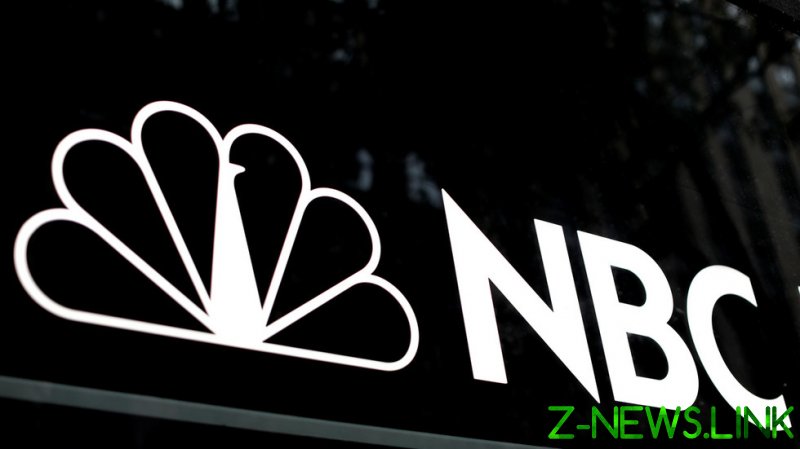 “I called to ask the Secret Service whether they consider ‘F**k Joe Biden’ emblazoned on an assault rifle to represent a security threat to the president,” NBC reporter Ken Dilanian said on Sunday. Facing backlash for what some commenters saw as an attempt to demonize an anti-Biden meme, Dilanian defended the query as a “reasonable question.”

Dilanian tweeted his comment linking the anti-Biden message to a threat of violence after authoring an article noting that gun dealers were engraving variants of “Let’s Go Brandon” on firearm parts and ammunition to boost sales. For example, he wrote, a dealer in South Carolina is marketing a lower receiver for an AR-15 assault rifle as a “LETSGO-15.”

A selector on the receiver shows three modes, including “F**k,” “JOE!” and “BIDEN!” – representing safety, fire and automatic.

Other gun parts are being marketed with such memes, including an AR-15 magazine with “Let’s Go Brandon” and a caricature resembling Biden. Another company is offering an assault rifle magazine with the same message and a photo of the president.

The article noted that a Secret Service spokesman declined to comment in response to Dilanian’s question about whether such messaging might represent a threat to Biden. In his article, the reporter went on to tie assault rifles to mass shootings and to note that Republican politicians had used the “Let’s Go Brandon” slogan.

Ironically, an NBC Sports reporter inadvertently triggered use of “Let’s Go Brandon” as a non-expletive version of “F**k Joe Biden” when she was interviewing NASCAR driver Brandon Brown on October 2. Racing fans in the stands behind Brown were chanting “F**k Joe Biden” – an increasingly popular activity at sporting events where conservative-leaning fans are in attendance – and the reporter falsely stated that they were saying “Let’s Go Brandon.”

The appeal of voicing displeasure with Biden without using profanity while at the same time mocking the media apparently helped the slogan catch fire – much to the chagrin of the mainstream press. A CNN national security analyst went so far as to liken use of the slogan by a Southwest Airlines pilot to an Islamist extremist declaring, “Long life ISIS.”

No such tie-ins to terrorism or violence were expressed when former President Donald Trump was bashed with vulgarities, supporters of the ex-president noted.

A clip of Robert De Niro flinging F-bombs at Trump during the 2018 Tony Award ceremony has resurfaced. In the video, the actor receives a standing ovation from the audience packed with Hollywood celebrities after he repeatedly says “F*ck Trump” during an introductory speech.

Comedian Kathy Griffin made rounds online in 2017 with a video of her holding a severed and bloody head of Trump in effigy. The stunt saw her get fired from CNN and become a subject of a police investigation. While Griffin said that she was “completely exonerated” barely two months in the probe, the comedian later claimed that she was facing “a two-month federal investigation” and charges of “conspiracy to assassinate the president of the United States.”

Having initially issued a mea culpa for posting the image, Griffin walked back her apologies once the probe was dropped, and reposted the image in November last year amid the US presidential elections.