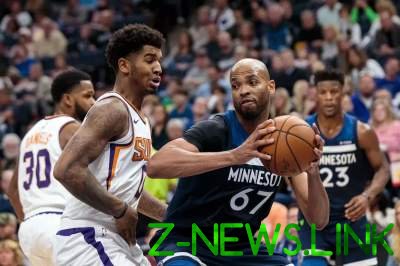 “Miami,” despite only seven points in the first quarter and took the victory from “Chicago”. “Hit” quickly established their attack and gradually took the initiative. Guests a huge contribution to the victory did the reservists, who scored 54 points. “Miami” due to a series of three victories climbed to area playoffs in the Eastern conference.

“Minnesota” took a revenge at “the Phoenix” for the recent defeat. Among the guests were missing Devin Booker, that has not prevented the suns until the last to keep the hosts in suspense. Star trio “Minnesota” Townes-Butler-Wiggins scored 78 out of 119 team points. “Timberwolf” go fourth in the West.

“Brooklyn” caused “Memphis” eighth defeat in a row. “Nets” in the current season are not known for their defense, but at the confrontation with the “Grizzlies” they managed to miss only 88 points.