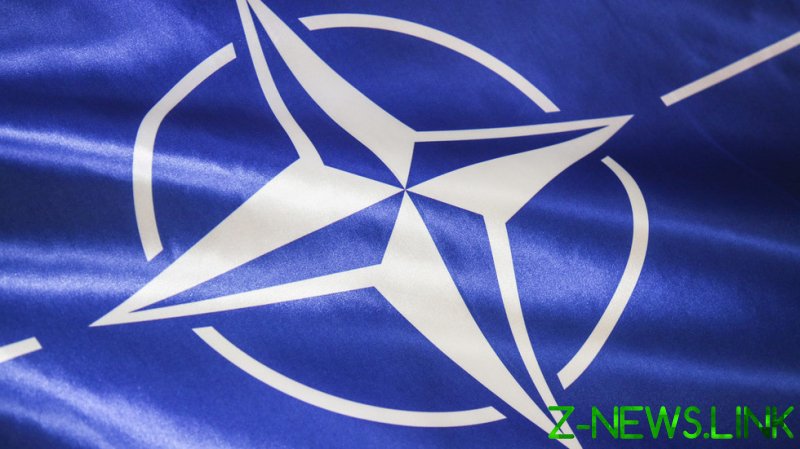 On October 5, the NATO Association of Canada, which brags of its “strong ties” to both the military alliance and Canadian government, hosted a panel discussion on the subject of “cognitive warfare.”

Grayzone journalist Ben Norton has exposed at length NATO’s long-held ambition to perfect methods of “harming the brain,” by using “neuroscience and technology” in various ways to “influence human ecology.” In fact, the Cold War relic’s in-house ‘Innovation Network’ published a number of highly illuminating, and deeply disquieting, papers throughout 2020, which outlined numerous ways in which the“human domain” could be added to established spheres of conflict such as “air, land, sea, space, and cyber.”

The ultimate goal of these cognitive warfare efforts “is to make everyone a weapon” and spearhead the “militarisation of brain science,” as “the brain will be the battlefield of the 21st century,” and “future conflicts will likely occur amongst the people digitally first and physically thereafter in proximity to hubs of political and economic power.”

NATO seeks to achieve dominance in this sphere by 2040, and many of the released documents outline ways in which this could be achieved. One file, literally titled ‘Warfighting 2040’, which is repeatedly referenced in the papers, forecasts a world transformed by climate change, which has “caused a lasting disorder, particularly in terms of security,” out of which “new actors have emerged and consolidated their power at the expense of states and international institutions that have become impotent.

“The world has become de-Westernized, paving the way for the Sinicisation of the world. The character of warfare also has changed,” the file ominously projects. “The majority of conflicts remain below the traditional threshold of the commonly accepted definition of warfare, but new forms of warfare have emerged such as information and cognitive warfare, while the human mind is being [sic] a new domain of war.”

Given this xenophobic, alarmist doggerel could easily have been plucked from the yellowed pages of a low-rate sci-fi novel, it’s entirely fitting that more than one short story on cognitive warfare can be found among the documents.

For example, a 33-page meditation on the “weaponization of neurosciences,” authored by Herve Le Guyader, professor of evolutionary biology at Bordeaux’s Institut de Cognitique, avowedly “uses fiction and mixes actual facts and events, fairly logical foresights and some fictitious extrapolations,” and “a few dramatization tricks, at the cost of being a bit provocative to try and keep the reader’s interest,” to weave an extensive, sensational fable about the steps NATO could take to launch a cognitive war.

Herve imagined that 2024 would see the launch of the “five brains initiative” – an obvious allusion to the ‘Five Eyes’ global spying network – by France, Germany, Japan, Norway, and the US, which aimed to forge “a doctrine and ad hoc rules of engagement for reacting when confronted to aggressions labelled as ‘malicious mind hacking’.”

The endeavor would “quickly [gather] momentum,” with the human mind specifically added to NATO’s stated spheres of defense just two years later, at a NATO summit in Brussels. However, the military alliance’s overseas adversaries – China and Russia, of course – have a head-start, and in response use “Weapons of Mass Cretinization” to con “gullible” Western citizens into “[going] down streets and avenues around the world with new, anti-NATO slogans.”

Cut to 2039, and autopsies conducted on Chinese soldiers killed in skirmishes with US and Australian troops over Beijing’s Silk Road initiative in Zambia find that the deceased are not only equipped with “brain monitoring and brain stimulation” technology in their helmets, but they themselves are in fact “supra-human,” the product of gene-editing in a lab, which has imbued them with superior muscles, night-vision, and “resistance to sleep deprivation, thirst, extreme heat and humidity.”

The next year, dastardly Chinese “fake news/deep fakes smearing campaigns against Norwegian and Finnish national politicians” to undermine their opposition to local Silk Road initiatives, and efforts to test bioweapons capable of “specific ethnic genetic attacks” on “some of the most vocal and organized Sámi reindeer herders” in the region result in NATO triggering Article 5, and war with Beijing. The author closes by declaring that “yes, ‘human mind’ should be NATO’s next domain of operation.”

Ludicrous and farcical Herve’s fever dream may be, but what’s absolutely no laughing matter is that his fabricated timeline gives every appearance of having been adopted as a blueprint. As the NATO Association of Canada roundtable made amply clear, cognitive warfare is currently “one of the hottest topics” for the military alliance, and many of the more serious plotlines detailed in the story have been and are coming true.

The discussion was led by former French military officer Francois du Cluzel, who in 2013 helped to create NATO’s Innovation Network. He was also the official in charge of conducting the alliance’s cognitive warfare study, and is quite clearly a true believer in the idea.

“Cognitive warfare has universal reach, from starting with the individual to states and multinational organizations,” he stated. “Its field of action is global and aim[s] to seize control of the human being, civilian as well as military.”

NATO’s Innovation Network is situated in Norfolk, Virginia – not far from the CIA’s headquarters. Throughout the Cold War, that agency justified its clandestine crimes against humanity – such as mind control experiments on unwitting targets – on the basis the Soviet Union could well have been doing the same, and it was foolhardy to cede a competitive edge to the enemy.

So it is that references in Herve’s work to China gaining the capability to conduct “specific ethnic genetic attacks” acquire an especially sinister resonance, albeit not for the reasons he intended.

In 2000, neoconservative think tank Project for a New American Century published an enormously influential document, ‘Rebuilding America’s Defenses’, which outlined various strategies by which Washington could “preserve and extend its position of global leadership.” Among other things, it advocated funding research into “advanced forms of biological warfare that can ‘target’ specific genotypes,” as this would be “a politically useful tool.” It’s a matter of public record that the US military has since collected the DNA of foreign citizens, including Russians, for “research purposes.”

In December 2020, a full 10 months after Herve’s dystopian narrative was spun at NATO’s behest, then-US Director of National Intelligence John Ratcliffe directly accused Beijing of “[conducting] human testing on members of the People’s Liberation Army in hope of developing soldiers with biologically enhanced capabilities,” leading to a flurry of alarmist headlines in media outlets across the Western world. Substantiating evidence was nonetheless unforthcoming.

Perhaps Western citizens are being surreptitiously prepped for the introduction of genetically engineered soldiers, and other dismaying weapons of futuristic warfare. If so, they would do well to consider the inadvertently apt prologue of Herve’s fantasy fiction.

“Playing with human perceptions, emotions, feelings, awareness, triggering decisions through massive, or more customized propaganda campaigns have always been there, part of our context, be it at peace or at war,” he noted. “Advertisers, politicians and psyops planners are continuously manipulating people into changing their perceptions of reality and making choices that ultimately do not benefit them.”