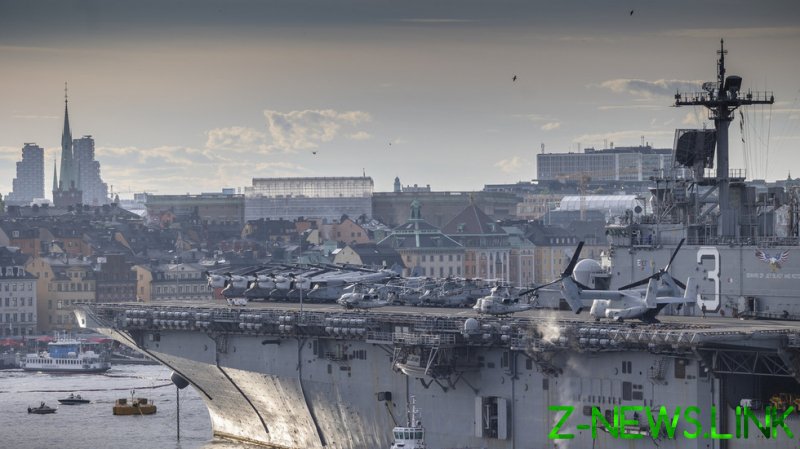 “It is still the long-term Moderate Party position” to forbid nuclear arms on Swedish soil, Billstrom said, explaining “we have never intended to change the conditions for the applications submitted by the previous government.” Led by PM Ulf Kristersson, the Moderates took power in September after years of governance by the Social Democrats.

Supreme Commander of the Armed Forces Micael Byden last week told reporters that Sweden should not “set reservations” on NATO’s use of its territory before finalizing its accession to the bloc, refusing to rule out hosting the alliance’s nuclear weapons as he pledged to increase military spending and double the number of conscripts in the Swedish military. His words elicited an outcry from the Social Democrats, who demanded an explanation as to why the new government had abandoned the parties’ agreement not to host atomic weapons.

While Billstrom acknowledged that Sweden had submitted its application for NATO membership without preconditions and agreed that his country must first be approved as a member before telling the alliance what it could and could not do on its soil, he dismissed the controversy as a tempest in a teacup, insisting Sweden would follow in the footsteps of NATO members Norway and Denmark in barring nuclear weapons.

Finnish President Sauli Niinisto issued a clarification similar to Billstrom’s earlier this week, declaring that Finland had “no intention” of hosting NATO nuclear weapons after the country’s prime minister, Sanna Marin, suggested she was open to the possibility last month.

Both countries’ applications to join NATO have been ratified by 28 of the alliance’s 30 members. Outstanding are Hungary and Türkiye. Budapest claims its parliament will approve both countries’ membership before the end of the year, while Ankara issued an ultimatum earlier this month that Stockholm must permit the extradition of Kurdish terror suspects.