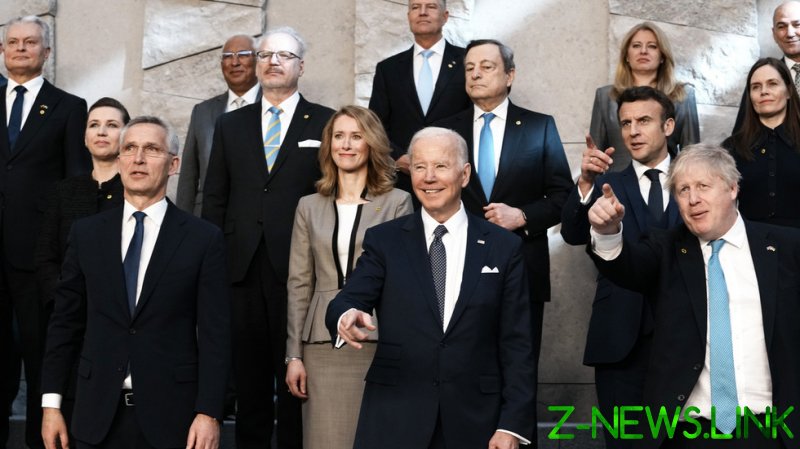 NATO Secretary General Jens Stoltenberg reiterated that the alliance will not send troops to Ukraine and nor impose a no-fly zone over the country, citing the risk of a “full-fledged war between NATO and Russia” as a reason for refusing Kiev’s multiple requests.

Speaking to the press before the beginning of the NATO summit in Brussels on Thursday, Stoltenberg brought up the “many different types of support” Ukraine has received, including military support, training, combat equipment, and fuel.

“And the combination of training and support from NATO Allied countries with the bravery and the courage of the Ukrainian Armed Forces is enabling the Ukrainians to really resist and actually fight back the invading Russian Army,” Stoltenberg said.

However, he noted that NATO made it very clear from the beginning of Russia’s offensive in Ukraine that it would not send “NATO troops on the ground, or NATO planes in the air.”

“We do that because we have a responsibility to ensure that this conflict will not escalate beyond Ukraine. That will cause even more suffering, even more deaths, even more destruction,” Stoltenberg, who is expected to extend his term as head of the alliance for another year due to the situation in Ukraine, said.

Declaring a no-fly zone means NATO would need to “massively attack Russian air defense systems in Russia, in Belarus and in Ukraine, and also be ready to shoot down Russian planes,” he noted.

“And then the risk for a full-fledged war between NATO and Russia will be very high, and that will cause more deaths and more destruction.”

Ukrainian President Volodymyr Zelensky called on the bloc to provide “military assistance without restrictions,” in a video address to the leaders of NATO member states, saying that Russia is using its “entire arsenal” to fight his country and has “invested crazy money in death while the world invested in life.”

“It feels like we’re in a gray zone, between the West and Russia, defending our common values,” Zelensky said, adding that the “scariest thing during a war” is “not to have clear answers to requests for help.”

“I don’t blame NATO. You shouldn’t. It’s not your rockets and bombs that are destroying our cities,” Zelensky said, adding that the alliance “can still prevent Ukrainians from dying from Russian strikes” by providing Ukraine with “all the weapons” it needs.

He concluded his emotional speech by saying, “after such a war against Russia,” NATO should never tell Ukraine that its army “does not meet NATO standards,” apparently referring to the lack of clarity with regard to when Kiev would finally be able to join the bloc.

Stoltenberg, describing the alliance’s red lines, said the bloc “is always ready to defend, to protect and to react to any type of attack on a NATO Allied country.”

On Wednesday, Stoltenberg revealed that NATO leaders are prepared to approve at the summit a further increase in the number of troops stationed in Eastern Europe. These forces will remain there “as long as necessary,” he said.

NATO’s eastward expansion and the possibility of Ukraine becoming a member were among the reasons Russia launched the offensive in the neighboring country.

Russia attacked Ukraine in late February, following a seven-year standoff over Kiev’s failure to implement the terms of the Minsk agreements and Russia’s recognition of the Donbass republics in Donetsk and Lugansk. The German- and French-brokered Minsk Protocol was designed to regularize the status of the regions within the Ukrainian state.

Russia has demanded that Ukraine officially declare itself a neutral country that will never join the US-led NATO military bloc. Kiev insists the Russian offensive was completely unprovoked, denying claims it was planning to retake the Donbass republics by force.