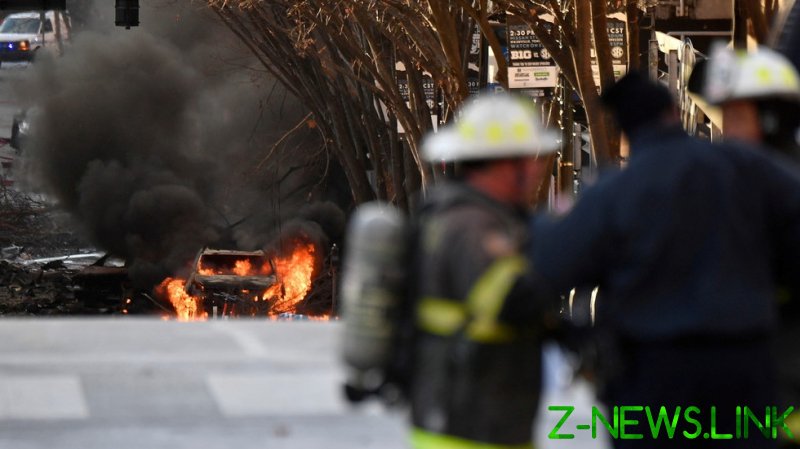 The explosion occurred at around 6:30am local time near Second Avenue, according to city police. It is believed to have emanated from an RV or similar vehicle. Bomb disposal units soon arrived on the scene, and as police and federal agents began an investigation, a police spokesman told reporters that the blast “was an intentional act.”

Three people were transported to hospital following the explosion, but none of their injuries have been reported as critical.

However, the blast devastated a large stretch of Second Avenue, destroying the facades of buildings, smashing windows, setting vehicles on fire, and spewing thick black smoke into the air.

Firefighters have asked the public to stay at least two blocks from the blast site as a precaution in the event of further explosions. Around 30 people have reportedly been evacuated.