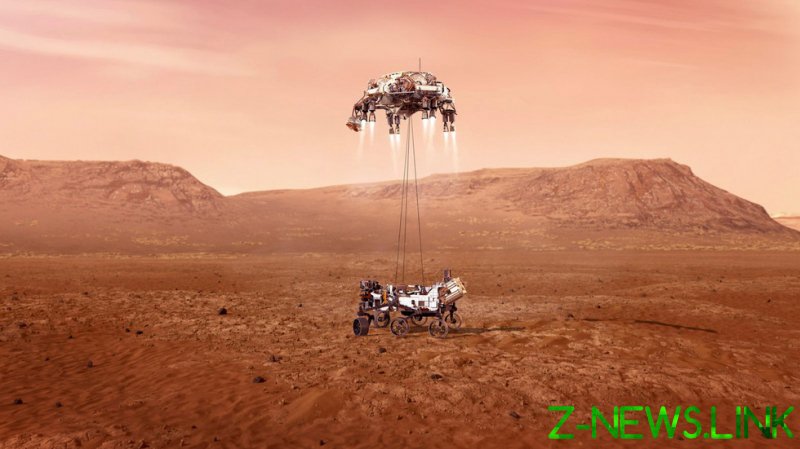 “I’m safe on Mars,” NASA tweeted from the account set up for the rover, just before 4 pm Eastern time on Thursday.

The probe survived the descent through the Martian atmosphere and used a newly developed autonomous guidance system to safely land in Jezero Crater, at the edge of Isidis Planitia.

The landing was the most difficult part of the mission, as the signal lag from Earth to Mars is 11 minutes, meaning there is no way for the probe to be piloted remotely.

Among its instruments are 19 cameras and two microphones that will allow audio recordings of Mars.

The NASA probe left Earth in June 2020, to fully exploit the favorable launch window. Two other probes, the UAE’s Hope orbiter and China’s Tianwen-1, were also sent towards the red planet at the time.

NASA’s plan is to follow the ground deployment of Perseverance with Ingenuity, a drone helicopter that would make the first powered flight on another planet. Ingenuity is scheduled to deploy by March 19, and conduct a series of proof-of-concept flights while communicating with the rover.