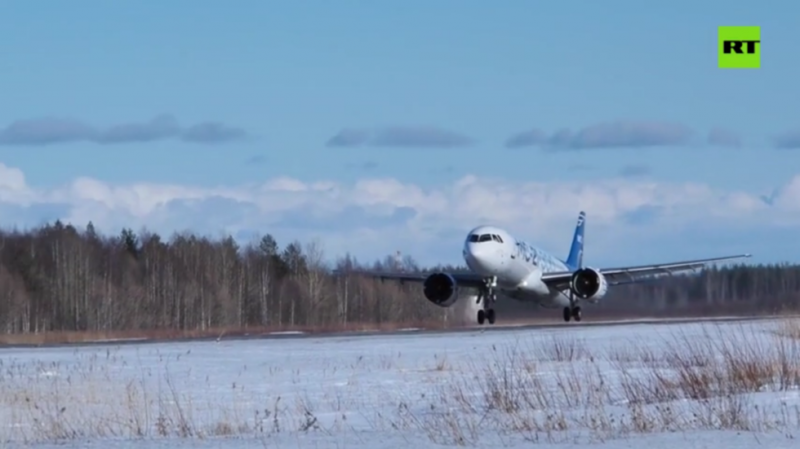 It made some 14 flights lasting from three to five hours over the coast of the White Sea, part of the Barents Sea and the Subpolar Urals area. The routes were specifically picked because of the high humidity and low temperatures found there, which lead to ice formation on aircraft surfaces.

The certification flights were conducted in several steps. First, the crew looked for clouds that would create the required conditions. Special equipment installed on the plane, including 12 cameras, then allowed them to control how much of the aircraft’s surface was covered with ice and record how it was functioning. After the ice layer was thick enough, the airliner gained altitude to check its performance under those conditions.

Ice thickness was increased with each test flight, finally reaching eight centimeters – more than enough to say that the plane successfully passed the test. According to Russian and European standards, an aircraft shouldn’t lose its designed characteristics while covered a layer of ice 7.6 cm thick.

After completing the certification flights, the MC-21-300 returned from Arkhangelsk to the Zhukovsky airport near Moscow on Wednesday.

Irkut has been successfully flying the MC-21 for more than three years, but US sanctions forced the corporation to think of ways to develop the aircraft using more domestic components. A variant of the MC-21, known as MC-21-310 aircraft, equipped with two Russian PD-14 engines made its maiden flight at the end of last year.