Home / WORLD / ‘My body is emaciated’: Sprinter Timanovskaya in 1st race since Olympics as bosses bid to shift her from Belarus to Poland (VIDEO)

‘My body is emaciated’: Sprinter Timanovskaya in 1st race since Olympics as bosses bid to shift her from Belarus to Poland (VIDEO) 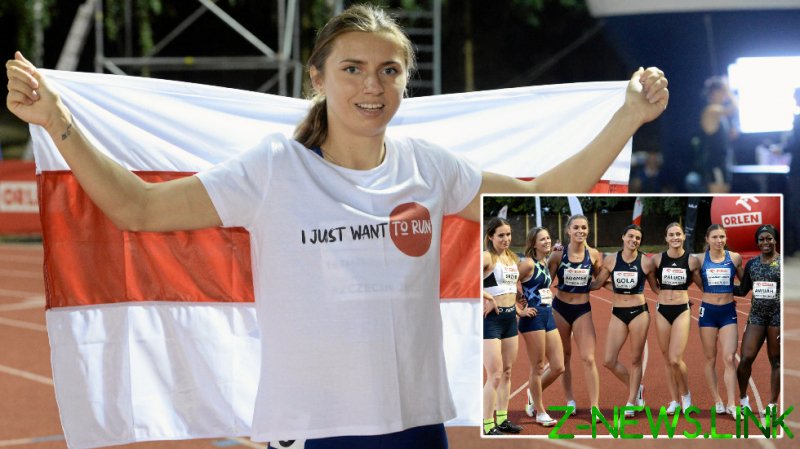 Olympic exile Kristina Timanovskaya wore a t-shirt bearing her now-familiar message of ‘I just want to run’ and posed with other athletes after taking part in the Wieslav Manyak Memorial event in Szczecin.

The race was her first competitive outing since the 24-year-old became embroiled in a sporting and diplomatic row earlier this month, receiving a humanitarian visa to live in Poland after refusing to fly to Minsk despite organizers from her national team ordering her to leave Tokyo after she publicly criticized them.

Timanovskaya finished a creditable third in the 100m and 200m races, admitting that she had expected the experience to be “hard” after more than a fortnight without training as a result of her high-profile ordeal.

“Of course, I hoped for fast times – I always aim for them, regardless of the situation,” said the 200m specialist who is currently living under protection, speaking to Gazeta.

“But even after 100 meters, I felt bad – the body cannot be fooled. Mine is emaciated and has lost the shape it was in three weeks ago.

“I was missing my starting reactions, explosion and speed endurance. Three weeks without training is a lot for a sprinter.

“Now I need a rest, then I will start preparing for the new season. And, of course, I would like to return to my usual way of life here in Poland.”

The hopeful for the Paris 2024 Olympic Games feared punishment including incarceration if she returned to her homeland. Her personal trainer husband fled Belarus for Ukraine. 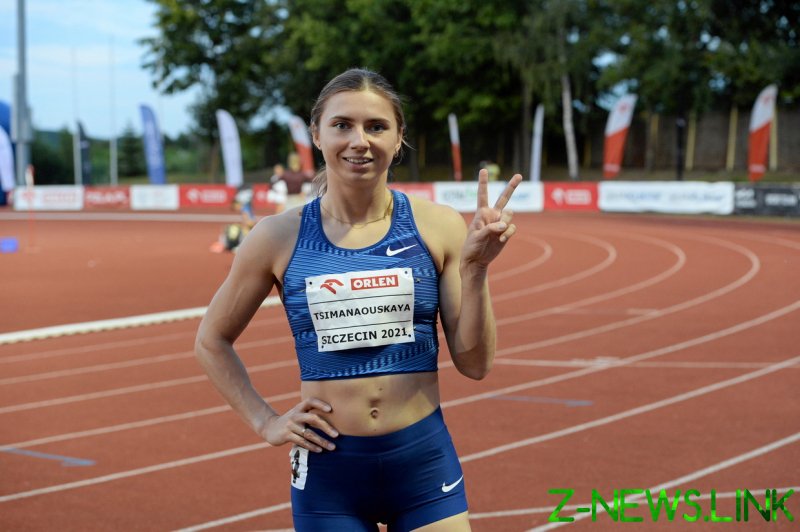 Vadim Krivosheev, of the Sports Solidarity Fund of Belarus which aims to support athletes at odds with the country’s government, explained that Timanovskaya remains a citizen of Belarus and had “unfortunately” officially raced under her original nation’s flag.

Krivosheev said the process of obtaining full residence in Poland for Timanovskaya was in “full swing” but warned that changing citizenship for sporting purposes is “more and more difficult”.

“Timanovskaya has been offered a scholarship in Poland… under certain guarantees on her part that she is ready to represent Poland in the international arena,” he added.

“When an athlete wants to [switch nations], they fall into a kind of quarantine, which in athletics can last up to three years. But this, as far as we understand, happens if the federations have agreed [the change] among themselves.

“Kristina’s situation is completely different, so we hope that they will meet her halfway and help speed up the process of changing her sports citizenship.

“As far as I understand, at almost all competitions with the exception of the Olympics, it is enough for an athlete to have a residence permit in the country to compete under its flag. As a transitional phase, Timanovskaya can act as a neutral athlete.”

Summer Universiade gold medalist Timanovskaya has remained active on Instagram, where she now has more than 35,000 followers.

In one recent post, she asked her audience to share their experiences of moving to a new country and spoke about her immediate off-track plans.

”Often, even such a trifle as a new hairstyle can help you feel like a new person or at least mark the beginning of a new stage,” she said.

“So as soon as we have a little more free time, I will go to the salon and completely change my image.”