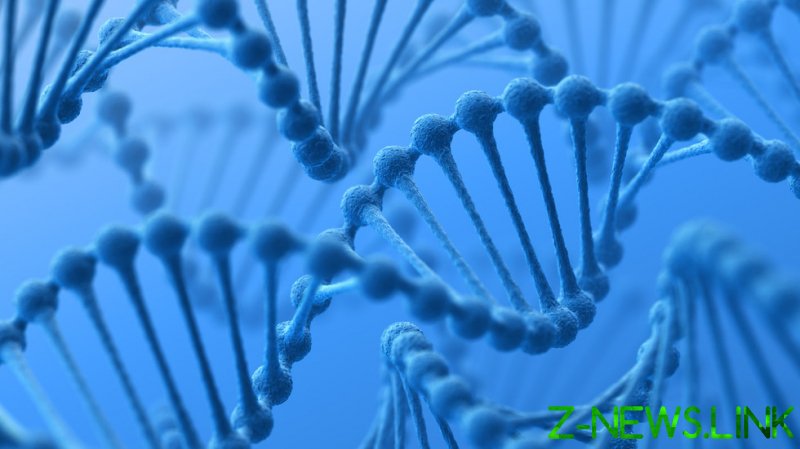 Pack a suitcase and cancel Netflix: the human race is leaving for Mars.

No, it’s not the plot of a new Hollywood blockbuster, but the work of Chris Mason, a renowned geneticist at Cornell University. He’s just released a book, ‘The Next 500 years: Engineering Life to Reach New Worlds’.

It looks at the nexus between genetics and astronomy, using technology to create Mason’s vision. And that is, quite simply, that Earth will eventually become impossible for humans to live on, so we should plan our escape.

Speaking to RT.com, he said, “The premise of the book is that I want to lay out what I believe and hope will happen for the next 500 years. This includes not just the technology behind how we could get to another planet and survive there, but also the moral argument of why we have to go.

“In particular, it’s because we have a genetic duty where we have to protect ourselves. If we want to survive we need to eventually get to another planet, because the Sun will run out of fuel. But we also have to serve as guardians and shepherds of all life.”

Granted, it does take some lateral thinking for a layperson to buy into Mason’s theory. But everything he says is rooted in an objective stance and uses existing technology.

For a start, it’s stated that Earth has 4.7 billion years left before it turns to lava. However, Mason thinks the human race will have to depart long before then, and explained, “Researching the book, I saw that in a billion years the Sun’s luminance will increase enough to probably begin to boil the oceans. We could maybe live underground for a while.

“That’s assuming we don’t screw anything up first or get hit by an asteroid or other problems emerge. We’ve been hit by many asteroids over the past 4 billion years, and we know the Earth has been bombarded and continues to be bombarded by things from space. So, I’m hopeful after 500 years we’ll have the technology to go towards other planets and stars.”

One planet he has his eyes on is Mars. That is where he thinks we should first move to – but it won’t be the only destination. Mason continued, “The Earth is fabulous, we just know it has a finite time. We’re just getting started on something that has to happen eventually. Mars is not Plan B, it’s Plan A. No matter what, at some point, we have to go out of the solar system, we have to think where we can begin that process.”

But even if we allow for the fact that spacecraft will have to be built to get us all to Mars, we have another problem: our bodies aren’t adapted to live there.

Mason was part of a historic study of a pair of twins conducted in conjunction with NASA in 2015. One remained on Earth, while the other spent a year in space. The difference in how their bodies functioned after 12 months showed scientists clearly what changes occur as a result of space travel.

Mason said, “The body is very adaptable. When you get back from space it can get mostly back to normal. But it’s not pleasant; it’s very hard on the body. If you look at the molecular signatures of space flight, they look a lot like they do when you’re fighting a really bad cold or even when you’re fighting a severe injury. It’s clear the immune system is on high alert. You are trying to adapt to a very distinct and unusual environment. It [the body] can do so – but it’s not been engineered to, it’s doing it accidentally and making it work.”

The solution, according to Mason, is that we make changes to our DNA to allow us to thrive on other planets. This is not as experimental as some may assume.

He continued, “The biggest threats are radiation and also the lack of resources, but let’s assume we reach a state where the body is not built for: what could we change?

“We do still have the gene to make our own Vitamin C – it’s in our DNA, just in a broken form. It’s relatively recently in evolution that we’ve branched off because there was enough of it in our diet. It kind of faded away but the gene is still there.”

Forward-thinking Mason envisages humans transforming so they can turn on and off parts of their DNA. In essence, we would have bodies capable of surviving on different planets in different modes.

This complex idea ties into another of Mason’s theories, cellular and planetary liberty. The thinking here is that we should be able to use cells as we see fit, and hence live on any planet we choose.

Mason explained, “What we know works therapeutically is that you can activate a gene to turn something back on, so the Vitamin C gene could be turned back on for nutrition. One example is treating certain blood disorders like beta-thalassemia: you can turn back on a fetal haemoglobin gene that got turned off when you were born.

“Everything in my book is anchored in science that exists today or in clinical trials we are doing in my lab or others. What is kind of fun about the book is it’s not science fiction, it’s all building on tools, technology and clinical work that we do today.”

Another strand to cellular liberty is the creation of artificial wombs, to help a small colony on another planet. Numbers would be important, so giving every fetus the best chance of survival would be key. The technology is already used for premature births and an artificial womb has virtually taken a sheep from embryo to birth.

Mason added, “What if you engineer a human being to survive really well exclusively on one planet, but then they can never come back to Earth? I describe in the book how this would be a failure of the technology – it would be extraordinary if we could engineer systems that could be adapted.

“So [we’d have] genes that could be turned on and turned off as needed, so you could live on two planets. Planetary liberty is my hope, that we would get so good with the technology, we can expand the places you can live… to choose what planet you live on.”

The big questions though, are when does he see this fascinating process starting and who will be involved? Mason’s plan is for the next 500 years and by then humans would be ensconced on a new planet, likely to be Mars, as a starting point.

He continued, “The first boots on Mars are supposed to be about 2035. That’s not that far away. Within 20 years we’ll need to look at this question: what if someone goes and stays on Mars for five years or longer? It will probably be someone who’s 10 years old today who’ll be selected 20 or 30 years from now to go on some of these really hard missions.”

One wild card, though, is if the early arrivals to other planets are not alone and encounter alien species. Mason believes this is unlikely, but said, “I would love it if there was [another species], but so far we haven’t found any. If I had to guess, I think there is a decent chance there is microbial life somewhere in the universe. But whether there is intelligent and self-aware life, we have no evidence of it yet.

“I write the book assuming we never find anyone. I hope that if we do find another sentient life form that they feel some sense of duty and responsibility towards life. They might not, but if they are self-actualised and self-aware, I think that they would. This book is not just for our species but for any sentient species that might some day come along.”

While his work is mind-bending and visionary, Mason is aware he won’t see the culmination of it. Surely it’s hard to know your life’s work will be unfulfilled when you pass away one day in the future? He reflected, “I would love to live for 500 years and see all of this but I have no illusion that I will get beyond, say, maybe 110.

Recognition of your own mortality is a very liberating state of mind because it lets you focus on what things you can create that will persist beyond me.

“Humanity has this great track record of building structures and ideas that will transcend their own life and contribute to something they will never see in its final fruition. I think that is really inspiring.”

What is clear from Mason and his book is that we’re riding the crest of a wave when it comes to innovative new thinking. Previous generations could not have imagined that one day someone would be proposing we set up home on other planets.

Mason concluded, “The first exoplanet [a planet outside our solar system] was found in 1992. Even if we thought we had a way to get someone to another planet, we didn’t have any planets to go to.

“Now we have several hundred that are in the inhabitable zone. It’s a really unprecedented time of genetics and astronomy coming together – we know what’s needed to survive on another planet, and we know where we can go.”