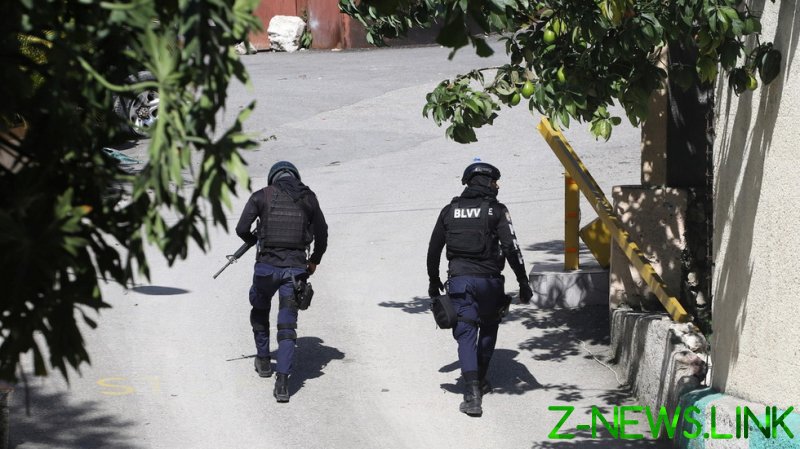 While Exantus did not identify any of the alleged perpetrators or say how many had been brought into custody, Haiti’s national police chief later told a press conference that two “mercenaries” had been captured, while four others were killed in a firefight. He added that three police officers who were briefly taken hostage by the purported assassins had been freed, though still vowed to kill or detain the remaining gunmen.

Unconfirmed footage alleged to show the armed standoff has circulated on social media, in which barrages of gunfire are heard as a column of black smoke appears to rise from a building in the distance.

Interim Prime Minister Claude Joseph’s office said earlier that his administration was ensuring the “continuity of the state” following the “villainous assassination,” later adding that the PM had been in touch with US Secretary of State Antony Blinken.

Unknown gunmen, allegedly announcing they were agents of the US Drug Enforcement Agency, raided Moise’s residence on Wednesday morning and gunned him down. Moise’s wife Martine was also injured in the attack, and was flown to a Florida hospital in critical condition.

The assassins “spoke English and Spanish,” the government said, declaring a state of siege and launching a manhunt after the perpetrators.