Home / WORLD / Move over, Riyadh – The UAE is quietly attempting to eclipse Saudi Arabia and assert itself as the main power in the Persian Gulf

Move over, Riyadh – The UAE is quietly attempting to eclipse Saudi Arabia and assert itself as the main power in the Persian Gulf 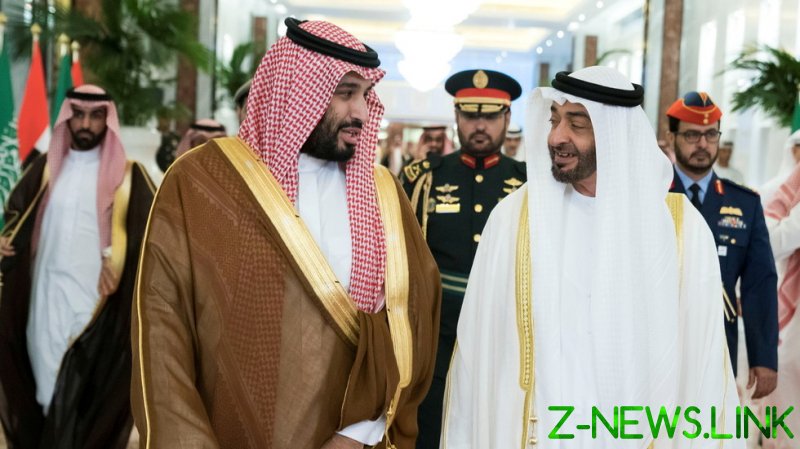 Unbeknownst to most in the West, the United Arab Emirates has been expanding its network of power throughout the Middle East and even beyond, to the point where its Crown Prince Mohammed Bin Zayed seriously contests the power of Saudi Arabia’s Mohammed Bin Salman.

In the past weeks a dispute between Saudi Arabia and the UAE began when an OPEC (Organization of the Petroleum Exporting Countries) plan set out a new 2022 schedule during which there would be a prolonged reduction in oil output. The UAE quickly lashed out, publicly calling the plan “unfair” and sparking retaliatory rhetoric from the Kingdom of Saudi Arabia (KSA). Under an OPEC+ (OPEC plus ten other oil-producing states) proposal, still in dispute, Saudi Arabia would have to cut its oil production by 5% and the UAE by 18%. The UAE fired back, declaring that the market is in need of higher oil production, due to a decline in prices, which comes as a result of the reduction in energy usage and international travel.

This spat between Persian Gulf powers may seem relatively inconsequential to the average western onlooker, but the implications have already been significant, with a six-year high in oil prices coming as a result. Although they seem to be moving towards an agreement, it is likely that the two allies will soon again be at loggerheads, as their proxy forces in Yemen wage war upon each other.

Why You Need To Pay Attention To The UAE

Since the early days of the Arab Spring, which began in 2011, the United Arab Emirates sought to combat the Muslim Brotherhood organisation, as it manifested itself in various Arab and Muslim countries. As the Brotherhood made great strides to power, by seizing the moment during the Arab uprisings in countries like Egypt, Tunisia and Libya, the UAE has worked tirelessly to destroy their gains and pick up the pieces.

Through the UAE’s anti-Muslim Brotherhood war, Abu Dhabi has now got its hands on real regional power and alliances. In the case of the birthplace of the Arab Spring, Tunisia, the Muslim Brotherhood-aligned Ennahda Party managed to propel itself to power, which the UAE later came to oppose by backing the secular Nidaa Tounes Party. After Ennahda was forced into a power-sharing coalition in 2014, the UAE even reportedly encouraged a military coupin order to overthrow the government in Tunis.

In Egypt, the Muslim Brotherhood’s Mohammed Morsi had been democratically elected following the overthrow of former dictator Hosni Mubarak. In 2013, however, the Egyptian military would go on to carry out a successful coup, overthrowing President Morsi and replacing him with General Abdel-Fatteh al-Sisi. In the case of Sisi’s rise to power both Saudi Arabia and the UAE were involved in financing and, according to analysts, facilitating the military coup. The UAE, the KSA and Kuwait then, following the coup, quickly jumped in to provide a 12-billion-dollar aid package in mid-2013.

The right hand man of Abu Dhabi’s Crown Prince, Mohammed Bin Zayed al-Nahyan, is a man named Mohammed Dahlan who has not only helped expand Emirati influence in the Middle East, but into Africa and Europe, too. Dahlan, former head of the Palestinian Authority’s (PA) Preventative Security Services, who coordinated an attempted military coup against Hamas with the financial backing of the Bush Jnr. administration in the US, is a well-rounded intelligence figure. He was allegedly recruited in North Africa back in the 1980’s by the CIA and, through his work with the PA, has close connections with Israeli Mossad.

Mohammed Dahlan is wanted in Turkey; a 700,000-dollar bounty is currently on his head, for allegedly helping orchestrate the 2016 coup plot, which failed to oust Muslim Brotherhood-aligned Turkish President Recep Tayyip Erdogan. Dahlan even worked to combat Muslim Brotherhood-aligned groups in Syria and worked to build a close relationship with the man who would become Serbian President, Aleksandar Vučić, who ran for office on promises of large UAE investments in the country, and won.

In 2019, a former US Trump administration official was quoted as saying, “You turn over any rock in the Horn of Africa, and you find the UAE there.” In the case of Sudan, the UAE’s presence proved extremely useful for the United States securing its normalisation deal between the Sudanese regime and Israel. After failing to win over Sudan’s former President Omar Bashir, who would not give up his Muslim Brotherhood ties, the UAE threw its weight behind his opposition, in what would become the Transitional Military Council (TMC) leadership. The TMC replaced Bashir after the Sudanese uprisings of 2018-2019.

In Yemen, the UAE’s role in combating the Brotherhood-aligned al-Islah Party, resulted in the assassination of hundreds of party members, along with other high-profile figures. It also continues to back the anti-Brotherhood Southern Transitional Council (STC), which essentially works as a UAE proxy in Yemen. Aside from this the UAE, again utilising its strongman Mohammed Dahlan, has backed the Libyan National Army (LNA) forces of Khalifa Haftar in Libya, who were at war with the Muslim Brotherhood-aligned Government of National Accord (GNA). The UAE even helped pressure Morocco into normalising its ties with Israel last year.

Along with its expansionist endeavours working hand in hand with its fight against the Muslim Brotherhood, the Emiratis are now at loggerheads with Saudi Arabia, clearly coming into competition with the Saudis in Yemen, and also over the KSA’s decision to end its fruitless blockade of Qatar.

Interesting to note here is that the UAE’s current Gross Domestic Product (GDP) is roughly around 30% from oil and gas, with only Bahrain rivaling it amongst Gulf Cooperation Council (GCC) countries. Abu Dhabi’s government revenues also sit at only 36% from hydrocarbons, proving it to have a much more diversified economy than that of Saudi Arabia, at 68%. Although Mohammed Bin Salman’s ‘vision 2030’ seeks to further diversify the KSA’s economy, it is unlikely that it will be able to outdo the progress of the UAE.

In addition, UAE normalisation with Israel has opened up new trade-route possibilities, which could see Abu Dhabi getting its hands on a deal which could help set up a quicker alternative to the Suez Canal to transfer natural gas to Europe. The UAE’s lobbying efforts in the US are also proving an effective tool and, before long, they may seem like a more reliable Middle East partner than Saudi Arabia for the United States to utilise in the region.