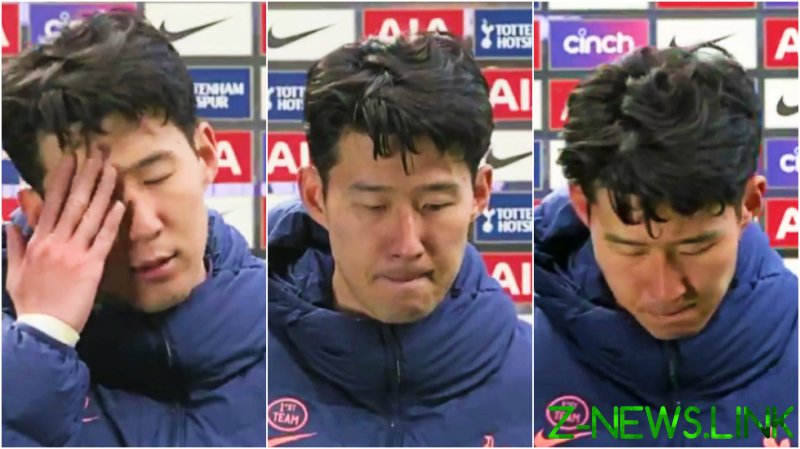 The drama was far from finished after United produced a conclusive comeback to win 3-1 at the Tottenham Hotspur stadium, overturning a half-time deficit provided by Son Heung-min’s 40th minute strike to win 3-1 in the Premier League.

United striker Edinson Cavani had a goal harshly ruled out following a VAR check after midfielder Scott McTominay was adjudged to have caught Son in the face in the build-up.

That caused United boss Ole Gunnar Solskjaer to claim that “the game’s absolutely gone” and complain that the referee had been “conned” by Son, who duly gave Tottenham the lead.

“If that was my son and he stays down and he needs his mates to help him up, he doesn’t get food because that’s embarrassing,” Solskjaer curiously responded in his post-match interview.

“If that’s a clear and obvious error, it’s an obvious error he had to look at it. It was a perfectly good goal.

“Unfortunately the referee decided we are not playing football or VAR decided probably. I’m absolutely shocked if that is a foul.”

Mourinho was infuriated. “Let me tell you something,” rumbled the irritable Tottenham chief. “I am very, very surprised that after the comments that Ole made on Sonny, you don’t ask me about it.

“And I told Ole already this, because I met him just a few minutes ago. If it’s me, telling that player A B or C from another club, ‘If it was my son I wouldn’t give him dinner tonight,’ or something like that, what would be the reaction?

The ranting coach appeared to have taken Solskjaer’s remarks literally. “I just want to say, Sonny is very lucky that his father is a better person than Ole, because I think a father – I am a father – you have to always feed your kids, it doesn’t matter what they do.

“If you have to steal to feed your kids, you steal. I am very, very disappointed, and like we say in Portugal, bread is bread and cheese is cheese. I told Ole already what I think about his comments.”

Solskjaer said that he shared the “utmost respect” with Mourinho, while Son seemed more devastated by a defeat that left Spurs languishing in seventh and unlikely to qualify for the Champions League.

“It’s a really sad afternoon,” he said, looking down and contorting his face while appearing inconsolable.

“I’m really not bothered about [my] goal. I really wanted to win, especially after the last game [at Newcastle] when I came on, back from injury, we were leading and drew.

“I really, really wanted to win – I really do. There are [seven] games left: I know it’s always easy to say ‘let’s be positive, we will do our best.’

“I really want to finish well this season, I really do. Six points behind the top four, we have to get results and wait for the other teams to drop points. We have to do our best and take responsibility.

“I know it seems crazy or abnormal that I’m really down but football is about results. If we win, I’m really happy; if we lose, I’m down for two or three days. We have to bounce back next Friday [at Everton].”