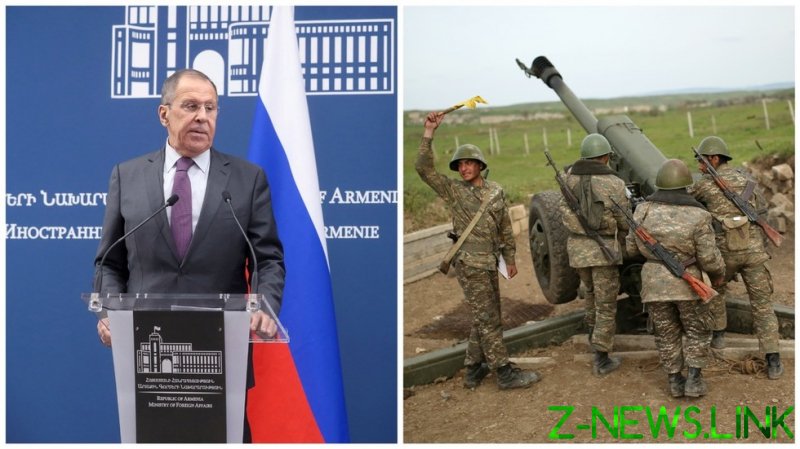 Foreign Minister Sergey Lavrov has reached out to his counterpart in Yerevan Zohrab Mnatsakanyan on the heels of renewed fighting between the two post-Soviet nations.

“Sergey Lavrov had expressed serious concern about the ongoing large-scale hostilities on the line of contact, [and] reports of those killed and wounded,” read a Foreign Ministry statement released on Sunday. Russia’s chief diplomat said it is crucial for both sides to hold fire, and that Moscow is ready to play a mediation role.

Russia, together with other co-chairs of the OSCE Minsk Group, will continue to undertake mediation efforts aimed at stabilizing the situation.

Named after the capital of Belarus, the Minsk Group – co-chaired by France, Russia and the US – is working on settling the decades-long conflict over Nagorno-Karabakh, controlled and populated by ethnic Armenians but claimed by Azerbaijan.

The Russian Foreign Minister has also talked to his Turkish colleague, Mevlut Cavusoglu, with “the need for an immediate ceasefire and stabilization of the situation” stressed during the conversation. Ankara earlier pledged full support to Baku, saying the South Caucasus nation “is not alone.”

Heavy border fighting broke out earlier on Sunday, with Armenia accusing Azerbaijan of launching aerial bombardments and shelling of Nagorno-Karabakh settlements, in which at least two civilians were killed and dozens injured. Baku, in turn, said it was responding to Armenian attacks, and also reported civilian casualties.