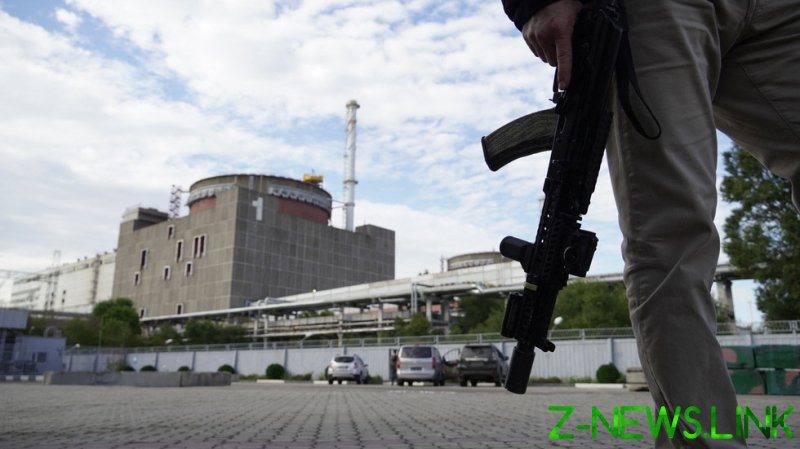 Earlier, Moscow said it would not accept any security arrangement that would involve handing the facility over to a third party.

Addressing senior military officials on Tuesday, Shoigu accused the Ukrainian forces of firing 33 shells at the nuclear power plant over the past two weeks. The defense minister characterized these actions as nothing short of “nuclear terrorism.”

According to Shoigu, Kiev is deliberately seeking to make a nuclear disaster at the site seem likely.

Moscow has repeatedly made similar allegations against Kiev, with Ukrainian officials consistently denying they have targeted the power plant, and accusing Russia of the same.

On Monday, Russian Foreign Ministry spokeswoman Maria Zakharova told RIA Novosti media outlet that “there can be no talk of any Russian withdrawal or transfer of control over the plant to some third party.” She insisted that the facility is on Russian territory and is fully controlled by the country’s authorities.

She went on to say that only Moscow “can ensure the physical and nuclear security” of the plant.

Zakharova’s comment came after International Atomic Energy Agency (IAEA) chief Rafael Grossi said on Friday that any deal for the protection of the Zaporozhye Nuclear Power Plant would involve the withdrawal of Russian weaponry from the premises.

Grossi told Italian journalists that he expects such an agreement will be reached “by the end of the year,” adding that Moscow is “not against an agreement and the principle of plant protection.”

The largest nuclear power facility in Europe, the Zaporozhye plant was taken over by Russian forces in early March, days after the Kremlin launched its military operation in Ukraine.

This autumn, four formerly Ukrainian territories, the Donetsk and Lugansk People’s Republics, as well as Kherson and Zaporozhye Regions, were incorporated into Russia following referendums.