MoD suspends official over leak that exposed data of 250 Afghans who worked for British forces, as SECOND email breach reported 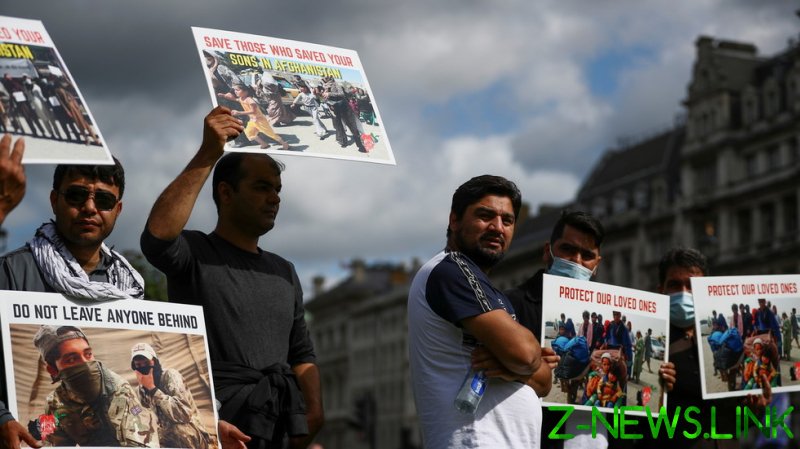 The suspension of the unnamed official, believed to be linked to the major data breach, was announced in a brief statement by the Ministry of Defence on Wednesday.

“We have been made aware of a data breach that occurred earlier this month by the Afghan Relocation and Assistance Policy [ARAP] team. This week, the Defence Secretary instigated an investigation into data handling within that team,” the military tweeted.

“An individual has already been suspended while that work is carried out. Steps have already been taken to ensure this does not happen in the future. We apologise to those affected and extra support is being offered to them.”

The leak, believed to have affected over 250 Afghans who worked with British forces in Afghanistan as interpreters and are seeking help to relocate out of the country, was first reported by the BBC on Monday. Many of those whose data was compromised are in hiding amid the recent takeover by the Taliban. Their information was exposed when they were copied into an email from the MoD, with their names, email addresses and even profile pictures visible to all the recipients.

And potentially even worse, many accidentally replied to all the people mentioned in the MoD email, exposing further details.

“Some of the interpreters didn’t notice the mistake and they replied to all the emails already and they explained their situation which is very dangerous. The email contains their profile pictures and contact details,” one interpreter, who received the faulty correspondence, told the BBC.

As the ministry said it suspended the offending official, the BBC released a follow-up report on the matter, suggesting the scandalous breach was not an isolated incident. According to the broadcaster, another email was sent out to the interpreters earlier this month, containing the emails and names of some 55 people, which could be seen by everyone who received the message.