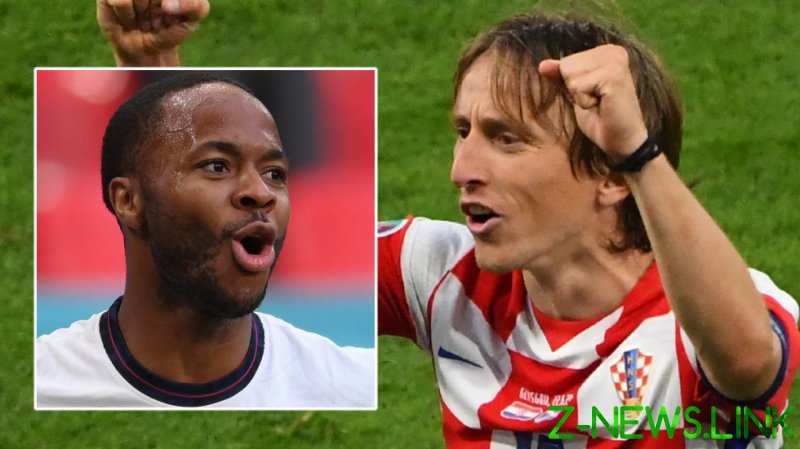 Croatia and England were the favorites to progress against less heralded opposition, although Modric’s side faced a fiercely partisan atmosphere inside Hampden Park, where Scotland were vociferously backed by their expectant home crowd.

Steve Clarke’s players came out swinging, only to concede from Croatia’s first real attack of the final group game, when Nikola Vlasic completed a neat move by arrowing a precise shot beyond David Marshall from inside the penalty area.

When Callum McGregor scored the first international goal of his career following a persistent spell of Scotland pressure, drilling a long-range diagonal finish into the far corner of the net shortly before half-time, Scotland seemed to have the perfect opportunity to seize the momentum and mount a grandstand finish that could have resulted in qualification.

The goal was their first at a major tournament since 1998, and that inexperience told against opponents who reached the 2018 World Cup final in Russia.

Modric scored a goal that would have been worthy of winning that World Cup decider, scorching a shot beyond Marshall with the outside of his foot from distance with less than half an hour remaining.

The Real Madrid veteran then provided Ivan Perisic’s expertly-headed winner from a corner, setting up a round of 16 clash with the winners of Group E, which features Spain, Slovakia, Sweden and Poland.

England are arguably lacking in the kind of ingenuity Modric displayed at the moment, beating the Czech Republic with a close-range header from Raheem Sterling after 12 minutes to finish top of the table.

The Manchester City striker has scored both of England’s goals at the tournament in a functional yet unspectacular first three matches in which they have not conceded any goals.

With France, Germany or Portugal likely to provide their round of 16 opponents at Wembley on Tuesday, the abiding feeling is that England will need to show significantly more creative quality than they have so far if they are to knock out one of the heavyweights at the finals.

“We said to the players today that this was a game with a bit less pressure because it was a game when we had already qualified,” said boss Gareth Southgate, nodding to the grudge match against Scotland four days earlier, when England were not at their best in a 0-0 draw that drew criticism.

“[Winning the group] was something we wanted to achieve. Between finishing first and second, there was no way of knowing what the best route through might be to the final.

“You’ve got to take control of the things that you would like to have a say in, and that would be to play at Wembley [next, by finishing first].

The Czechs and Switzerland have already qualified through their superior record to other teams who finished in third place in their groups. Ukraine and Finland could also qualify, depending on Spain and Portugal’s results on Wednesday.