Mocking hearts and minds: US soldiers under fire for quizzing Syrians about ex-porn star Mia Khalifa 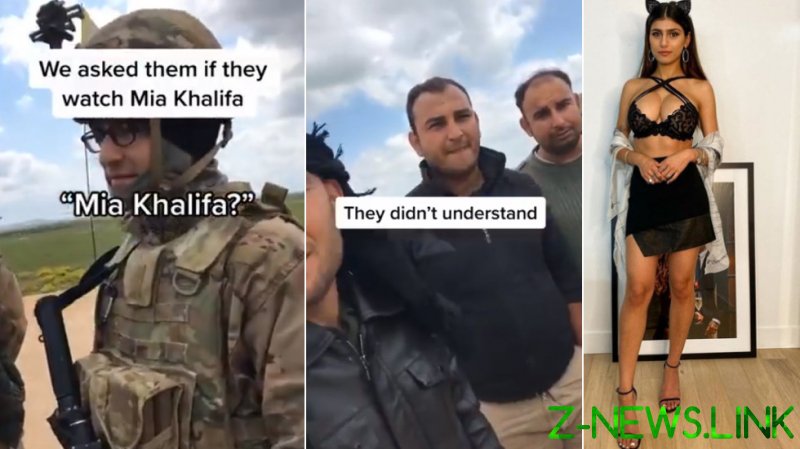 The video was originally uploaded on Tiktok before being copied and shared on other social media platforms. It shows US soldiers in full combat gear asking Syrian men if they know Khalifa. “She’s a girl,” one of the Americans says when they’re met with mystified looks from the locals. “Should’ve studied more arabic,” a caption in the video reads.

The interaction stirred up a significant response online, with many accusing the soldiers of a shocking lack of professionalism as well as a noted lack of cultural sensitivity. Numerous commenters decried the scene as an extremely poor use of tax dollars.

Former Navy fighter pilot Ward Carroll waded into the row to slam the soldiers for their derisive attitude towards the Syrians. “Yeah, treat the locals like they’re idiots because they’re not porn-literate. Hearts and minds like you read about. Good job, Army,” he wrote.

However, some came to the defense of the soldiers, arguing that the video was harmless fun and that the soldiers were just trying to lighten the mood in a stressful situation. “Disgusting that the liberal media would try to twist this into anything other than what it is: young men trying to find common ground between themselves and the native inhabitants,” one commenter quipped.