Misdemeanor complaint in ‘sex crime’ case against Andrew Cuomo filed in NY court, likely to be charged with ‘forcible touching’ 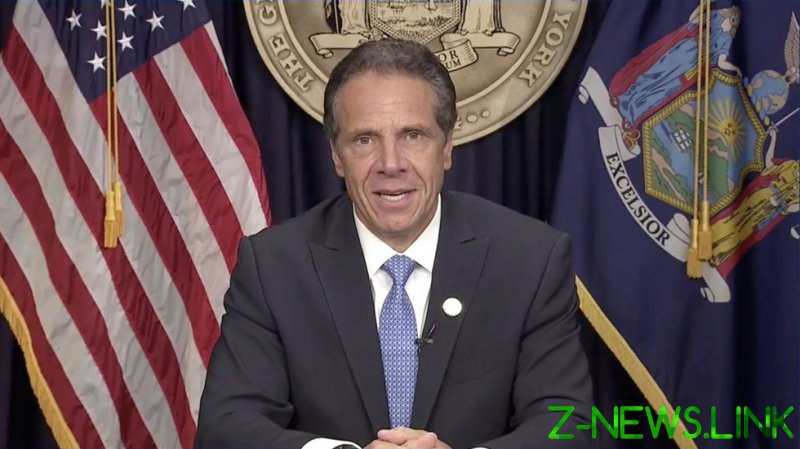 The name of the alleged victim and details about the case were not revealed by the court clerk who first leaked news of the potential charges to media outlet New York Focus.

According to a separate Times Union report, sources in the Albany Court system say the charges were initially issued “erroneously” after the sheriff’s office shared the findings of its investigation with the court. The charges had purportedly been prematurely filed, as the victim and her attorney had not yet been contacted.

The report explained that a lead investigator in the case had met with a court official to receive “guidance” on whether a complaint was being filed. It’s unclear what occurred after this meeting, or if charges will be officially announced in the near future.

Sources have told the New York Post that Cuomo should be expecting charges, however, and that a misdemeanor complaint involving the former governor has “been filed” in court. The paper said Cuomo will likely be arrested and charged next week.

“As this is a sex crime, a redacted complaint will be available shortly,” Office of Court Administration spokesman Lucian Chalfen told the Post. Reports indicate Cuomo could be facing a ‘forcible touching’ charge, which is a Class A misdemeanor.

According to the Post, the alleged victim in this case is former aide Brittany Commisso, who accused the governor of unwanted touching after she began working for him in 2017.

Numerous allegations of sexual harassment and assault have been made against Cuomo – one of many controversies that led the once-popular Democrat to resign from office in August.

News of Cuomo potentially facing legal consequences for his alleged actions – all of which he denies – had his many critics celebrating on social media. Among them was Fox News’ Janice Dean, one of the most vocal opponents of Cuomo’s administration, having lost both of her in-laws to Covid-19 in New York nursing homes.

The then-governor was accused of hiding nursing-home deaths, following a controversial order from his administration early in the pandemic that forced facilities to accept Covid-positive patients.

Among other investigations faced by Cuomo is a probe into his hugely controversial book deal, which was worth millions. After the book was released in the fall of 2020, he was accused of having used state resources and staff to work on the publication for free.