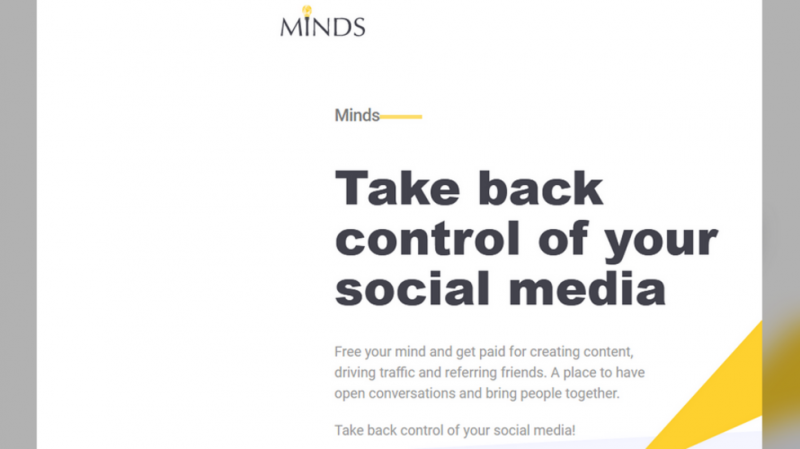 In a post on Friday evening, Bill Ottman said that Minds had received a “24 hour warning” from the Google Play store. This forced them to submit an updated version of the app, based on “interim solution and ninja developers,” which removed the search, discovery and comments functionality.

“I know. We aren’t happy and will be working towards something better,” Ottman said. “What is happening on the internet with major providers is fueling the cultural divide as much as anything,” he added.

Operating since 2015, Minds was conceived as a blockchain-based community-owned social media platform that would not monetize user data but enable free speech instead. Wired magazine once described it as the “anti-Facebook.”

Ottman advised users to download the app from Minds directly if possible. “If you are on Apple, leave if you’re smart,” he said.

As for going forward, he said a plan for “fully censorship-resistant infrastructure” is coming soon, and that Minds has “multiple escape pods ready to go” if Amazon moves against them.

Ottman’s comments were a clear reference to what happened to Parler. The free-speech social media platform attracted tens of thousands of users purged from Twitter in the wake of the January 6 unrest at the US Capitol – only to be banned from Google and Apple stores, and then taken down from the internet entirely after Amazon Web Services (AWS) denied them access to the cloud. Parler’s executives later revealed that other vendors rushed to jump ship as well, leaving them unable to operate entirely.

Those who complained about the rising tide of censorship have typically been told that the First Amendment to the US Constitution did not apply to private companies and that people should “build their own” platforms if they disagreed. Parler’s shutdown has shown that this is near-impossible when the major players control the internet infrastructure itself, however.

Mainstream media and tech platforms have gone after Parler, Gab, Minds and Telegram for allegedly having “far-right” users and allowing “hate speech” as content. In Parler’s case, Amazon’s ultimatum demanded moderation policies they would approve of in order to avoid removal from AWS.

In a lawsuit accusing Amazon of breach of contract, antitrust violations and defamation, Parler argued that this was pretextual and revealed that Amazon staff sought to find out if US President Donald Trump – freshly banned from Twitter and locked out of Facebook – had set up an account on the platform.