‘Military resources’ take priority in last days of evacuation, US not responsible for Kabul airport after troops leave – Pentagon 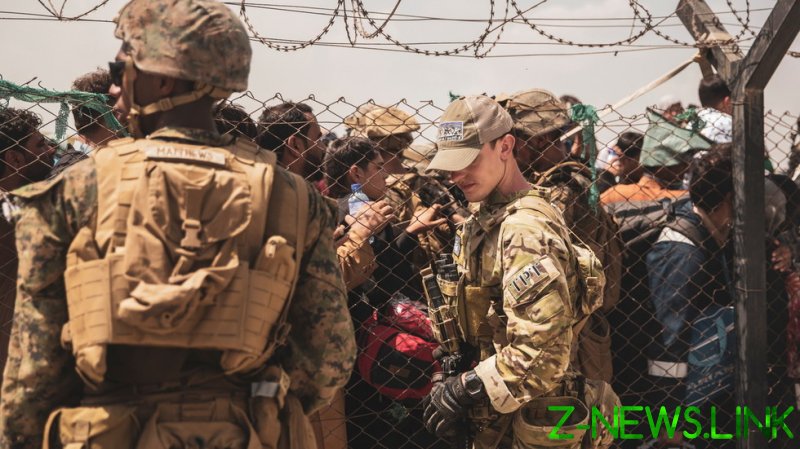 Pentagon officials addressed the highly criticized and chaotic evacuation trips out of Afghanistan during a Wednesday briefing, in which the administration once again claimed it was capable of meeting an August 31 deadline to finish all evacuations out of the country.

“We will continue to evacuate needed populations all the way to the end,” Kirby told reporters, later adding the disclaimer that “in those last couple of days, we are going to try and preserve as much capability as we can at the airport.”

This means “military capabilities and military resources” will be prioritized in the “last couple of days” before the deadline.

The US also confirmed that the airport in Kabul, which has become an unstable area since evacuations began and the Taliban retook much of the country, will not be America’s responsibility once the last of the country’s troops have left. “How it is managed,” Kirby said, will now be left to the Taliban and, he “assumes,” the “international community.” The airport, however, “will not be an American responsibility” once military troops have completed their mission there.

More than 4,400 American citizens have been evacuated thus far, but thousands more remain, though officials can still not put a specific number on the actual amount left in the country. More than 10,000 people in general remain at the airport awaiting evacuation, and 19,000 were taken out of the country in the last 24 hours, according to officials.

Actually getting American citizens and other allies to the airport for evacuation has become a highly criticized issue for the Biden administration, as official notices released to citizens have informed them their security en route is “not guaranteed.” There have also been reports the Taliban has been stopping some from actually reaching the airport.

Kirby downplayed the issue, saying officials are in “daily communication” with Taliban leaders about who they desire to see let through “checkpoints” and the kind of “credentials” they need to do so.

The Pentagon did say there are continued efforts to get people to the airport, with a chopper mission being sent out on Tuesday night to gather fewer than 20 people in Kabul for evacuation.

The Pentagon “is not encouraging VIP visits,” Kirby claimed, saying the two lawmakers “took time away from what we had been planning to do that day.”

They were not aware in advance of the trip, he confirmed.