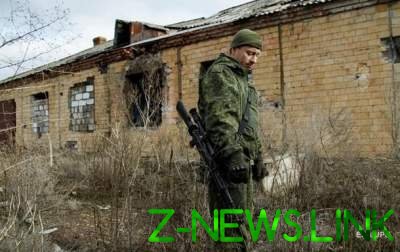 Positions in the district Golmovsky planned transfer of military equipment.

Units of separatists strengthen the leading position of Gorlovka of Donetsk region. This reports the press center of staff ATO.

According to the military, near the settlement Golmovsky observed the work of engineering equipment of the advanced positions of the enemy, which organized a combat patrol.

“The personnel of the Russian troops are instructed on the necessity of preventing the representatives of the OSCE SMM in connection with the weak implementation of the cloaking prohibited the Minsk agreements of weapons and military equipment to the positions of the occupation forces in the region”, – stated in the message.

According to the Ukrainian intelligence, the enemy also intends to transfer to a position of additional military equipment.