Home / business / Militants pull together the weapons under the occupied Lugansk

Militants pull together the weapons under the occupied Lugansk 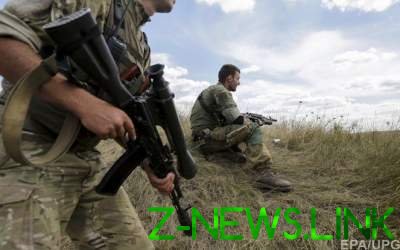 The Russian occupation troops pull together a large amount of military equipment in Lugansk region.

As reported by Ukrainian intelligence, Russian occupation troops pull together a large amount of military equipment in Lugansk region. Including tanks and artillery, the truth is it does not apply.

July 19, near Mariupol in a battle at a short distance Ukrainian Marines failed to disarm the Pro-Russian mercenaries. According to the Ukrainian intelligence two more terrorists, supporters of the occupied territories, has been eliminated.

Also at the checkpoint of entry-departure “Marinka” on July 19, detained the so-called Cossacks with uncontrollable Ukraine territories, who in 2014 fought for the idea of the “Russian world”.

Across the front line of the Russian occupation troops were shelling. About 20 recorded in the last day. Especially active they were in the occupied Luhansk. In the ranks of the Ukrainian army for the day, no one died, but one soldier wounded.

See also:  In the Donbass liquidated militants, who came from Belarus

By the way, on the eve of a military columnist for “Information resistance” Alexander Kovalenko said that in order to take Mariupol by force, the Russian Federation will have to launch a massive military operation with the participation of its Armed forces and to attack the city with tanks and aircraft.