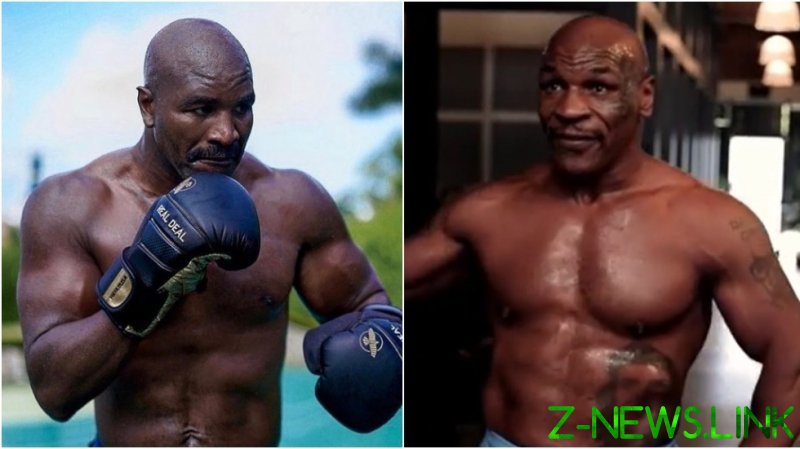 Speculation had been mounting that Tyson, 54, and fellow former world heavyweight champion Holyfield, 58, could return to the ring this summer to finish what they started with a pair of fights in the 1990s.

Representatives for the pair are said to have been in talks since Tyson made his comeback for an exhibition contest with Roy Jones Jr last November, which was deemed a commercial success by organizers.

Holyfield, who last stepped into the ring competitively in 2011, had also teased fans with footage of himself in training in the hopes that he would step between the ropes with ‘Iron Mike’ once more.

But those chances now appear to have been ruined, according to an announcement by Holyfield’s team on Monday.

“We thought this was a done deal but it quickly fell apart when Tyson’s people declined all offers,” said Holyfield’s manager, Kris Lawrence.

“We were negotiating in good faith all along and it appears we just ended up wasting our time.”

According to Holyfield’s representatives, Tyson and his team had rejected a $25 million guarantee to step into the ring on May 29 at Hard Rock Stadium in Miami Gardens, Florida.

Tyson appeared to indicate his frustrations over the weekend when he posted an angry message that he would never again work with Triller – the platform which put on his comeback contest with Jones Jr.

“I am a partner in Legends Only League and my next event is with my league,” Tyson wrote.

“I will never do another event or any business with Triller so anyone misrepresenting that they own the rights to my name or my next event isn’t true. I am not with or ever will be with Triller’s Fight Club.”

Tyson still appears intent on capitalizing on the lucrative market for exhibition bouts and the clout that his name still commands among fans.

Reports varied on how much Tyson made from dusting off his gloves against Jones Jr, but some estimates put the figure at $10 million.

Interest in bout with Holyfield – with whom Tyson shared one of the most infamous episodes ever seen in a boxing ring when he bit off a chunk of his rival’s ear during their second fight in 1997 – would likely have been even higher, not least with fans returning to arenas across the US. 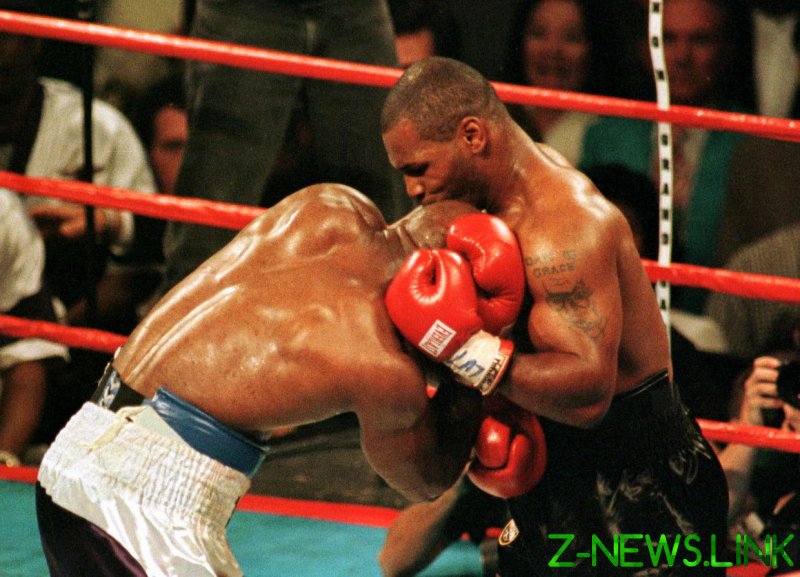 Tyson bit off part of Holyfield’s ear the last time they shared a ring. © Reuters

However, it now appears that Tyson will have to cast his net elsewhere for his next opponent on the comeback trail.