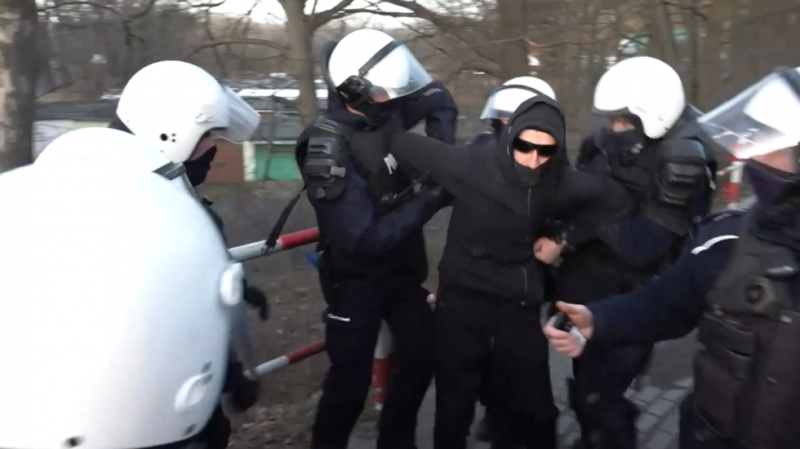 The initially peaceful migrant rights protest in western Poland descended into clashes with police in riot gear on Saturday.

Around 100 people gathered outside an immigration detention center in Krosno Odrzanskie near the German border.

The regional police authority said 11 people were detained for attacking officers, while 21 will be held responsible for “disobeying orders.” Police spokesman Marcin Maludy said one of the detainees was a German national, and one woman was hospitalized with hypothermia.

No Borders Team, the group behind the protest, wrote on social media earlier this month that activists sought to “stop the criminalization of migration” in Poland, stop deportations, and close detention centers.

The protest was held after asylum seekers, mostly Iraqis, declared a hunger strike at a detention center outside Wedrzyn on Wednesday, demanding that they be released. A riot erupted at the center in November, when some migrants tried to escape, police said at the time. More than 1,500 people are held in the center, according to local media.