Home / sports / Mickle after 15 years, can head the Kiev “Dynamo”

Mickle after 15 years, can head the Kiev “Dynamo” 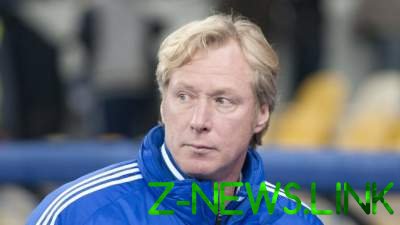 Alexei Mikhailichenko from the new season can return to the post of chief coach of “Dynamo”.

Unsatisfactory results of Dinamo in the domestic arena and inexpressive play of the team at the end of the season could cost Alexander Khatskevich designated head coach of the club. According to “Sport Arena”, established a “Dynamo” is ready to entrust the post of the coach of the sport Director of the club Alexei Mikhailichenko.

Under the leadership Mikhailichenko Dynamo from 2002 to 2004 he was twice the winner of the championship of Ukraine and in 2003-m year, he took the Cup. 56-year-old was dismissed in August 2004, the year after the defeat of the “Trabzonspor” in the first leg of the decisive round of qualifying for the Champions League. Later, the President of “Dynamo” Igor Surkis has repeatedly said that is sorry about the sudden resignation Mickle.

See also:  Judge of the Supreme court after his appointment, visited the Bank. Video

The current contract Khatskevich with Dynamo expires in a few weeks. The question of the extension of the agreement at this point was not raised.
With Khatskevich “Dynamo” for three years, had won only one super Cup of Ukraine. In Europe Kiev has twice reached the 1/8 finals of the Europa League, behind Lazio and Chelsea.

See also:  League 1: the first defeat of PSG, the success of Lyon and Monaco

Over 5 rounds to end of championship of Ukraine “Dynamo” lags behind Shakhtar on 9 points and keeps only theoretical chances for the title.