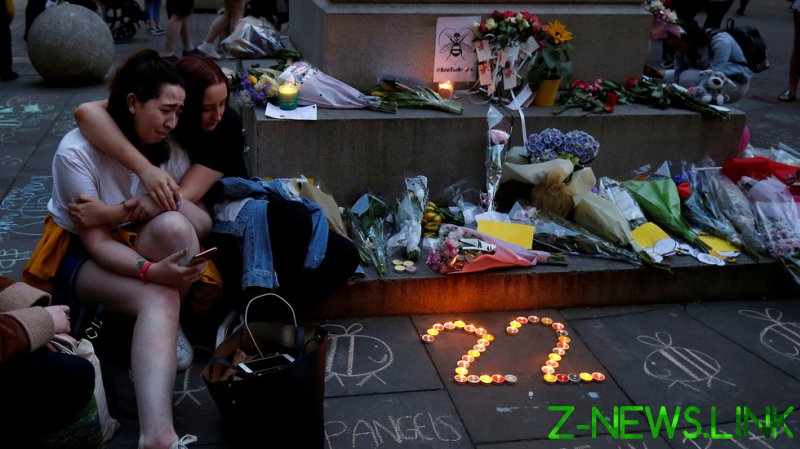 A senior member of the UK counter-terrorism agency MI5, referred-to only as “Witness J,” gave evidence at the inquiry from behind a screen, to conceal their identity. During the hearing, Witness J agreed with a lawyer for the victims’ families that the investigation of bomber Salman Abedi – who had been known to the British security services since 2010 – could have led to the terrorist plot being dismantled.

“Yes, if Salman Abedi and [his brother] Hashem Abedi had been investigated by MI5 for all those months, detection of the plot would be far more likely – but at the time [Salman] wasn’t someone who was under investigation,” said Witness J, as quoted by Sky News.

The MI5 officer added, however, that the agency’s decision not to stop and question Abedi on his return from Libya on May 18, 2017, despite being aware of his sympathies for the Islamist terrorist group ISIS, was “sensible” in the circumstances. Witness J also noted that a “high-priority operation” was required to implement full-scale surveillance over Abedi.

Pete Weatherby QC, representing the victims’ families, suggested that Abedi’s bomb-attack plans could have been derailed if he’d been questioned by authorities after returning to the UK, however Witness J demurred. “It is possible it would have had an impact on his behaviour, it doesn’t get to the point it would have deterred him,” the officer said.

The inquiry also heard that after leaving the airport on May 18, Abedi had travelled by bus and then taxi to the car used to store the explosives that would be used in the terrorist attack. Weatherby suggested that, had he been tailed, Abedi would have led authorities to the bomb.

Just four days after returning to the UK, Abedi detonated explosives inside Manchester Arena as an Ariana Grande concert was drawing to a close, killing 22 people. The youngest victim was an eight-year-old girl. The preparations for the attack took a significant amount of time and involved actions such as buying particular chemicals and renting two different apartments for manufacturing the explosives.