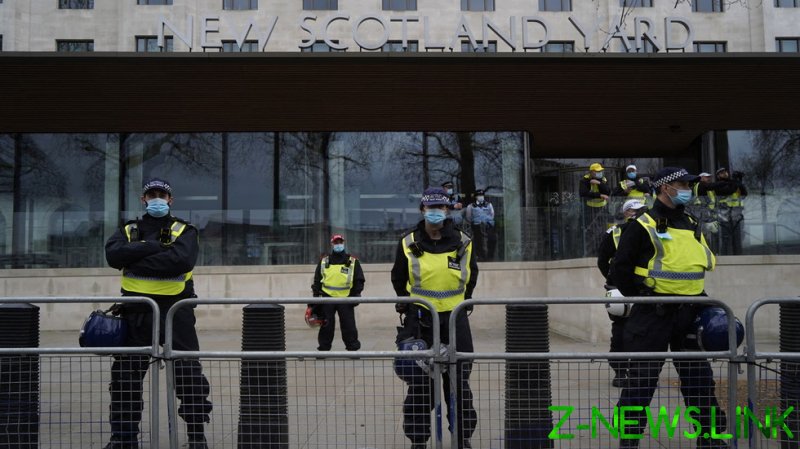 Speaking following the sentencing of Couzens, who was handed a rare whole-life prison term, the Met Police accepted a “much bigger and troubling picture” had emerged following the case.

In a warning to individuals who might be approached by a plain-clothes officer, the capital’s police force advised people to ask, “where are your colleagues?” and “where have you come from?” if they were stopped. If those answers didn’t reassure them, the police suggested demanding the officer verify their identity, allowing them to speak to a police operator or superior who could verify that their actions were genuine. If a person still felt unsafe or in “real and imminent danger” during an interaction with a plain-clothes officer, the Met Police recommended they “seek assistance” by hailing a passer-by or calling 999 to request that uniformed police attend the scene.

This advice was supported by the government’s policing minister, Kit Malthouse, who said it was “reasonable” for women to question officers in the wake of Sarah Everard’s murder, ensuring that the police were indeed working to “keep us all safe.”

In March 2020, Couzens abused his “position of trust as a police officer” to fake an arrest, showing his official warrant card to abduct Everard from a South London street before he raped and murdered her, setting fire to her body to dispose of the remains.

Alongside the guidance issued by the Met Police, the force is deploying an extra 650 officers to patrol areas of London as part of “reassurance patrols” to improve female safety in the wake of a damning report on the increase in violence against women and girls. Deputy Commissioner Sir Stephen House has also confirmed that plain-clothes officers will not be allowed to be deployed on their own, having to operate in pairs henceforth to prevent the risk of a lone-wolf attacker.