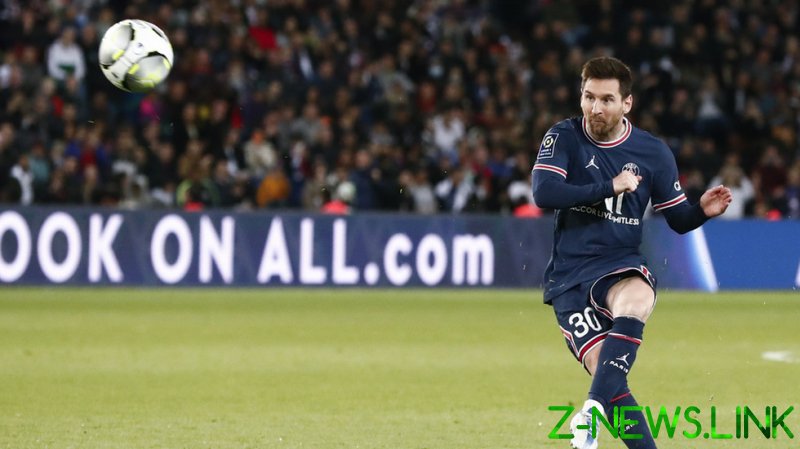 Drowning out the boo boys, who once more jeered their team at the Parc des Princes, the seven-time Ballon d’Or winner let off a thunderous top corner strike in the 68th minute against Lens with the score tied 0-0.

Though the visitors equalized through Corentin Jean in the 88th minute, the point was enough to snatch back the French top flight crown from Lille and make PSG champions with four fixtures of the season still yet to play.

Scooping his first domestic league title in 2004 after breaking through to the Barca first team led by the likes of Ronaldinho and Samuel Eto’o, Messi was made champion for the 11th time in a glittering career and also helped PSG equal bitter rivals Marseille and Saint-Etienne for the most Ligue 1 triumphs (10).

Messi has enjoyed mixed fortunes at the Parc des Princes since joining PSG as a free agent last summer and linking up with Kylian Mbappe and Neymar, however.

Failing to match the goalscoring numbers he notched season-upon-season at boyhood club Barca, Messi led Ligue 1 in assists until recently being surpassed by Mbappe and even notched a hat trick of them in a 6-1 win over Clement Foot this month and a 3-1 November rout of Saint-Etienne.

In the Champions League, however, PSG crashed out on the continent by way of another embarrassing comeback, this time administered by Real Madrid at the Bernabeu, which led to Messi and Neymar being booed in the Parisians’ next home game.

On Saturday, Mauricio Pochettino’s men were also jeered by their supporters and some left at half time as they drew against Lens.

Still Messi answered them with a world class strike and a smile, amid reports from Mundo Deportivo that he will prolong his stay in the French capital.

Post-match, Neymar also stated that he is going nowhere despite frosty receptions as of late which he didn’t shy away from addressing.

“I still have a contract with Paris Saint Germain,” the Brazilian pointed out to ESPN Argentina. “I’m here for three more years, so stop [booing] or you’ll need more air.”

Midfielder Marco Verratti was also puzzled by fans that did not celebrate the team’s triumph. “It’s something I don’t understand,” the Euro 2020 victor said.

“It’s football, sometimes you win and sometimes you lose. We are normal people, we can have failures. But the 10th title is important.”

On the other hand, though, Mbappe tried not to let the rough treatment get under his skin.

“We celebrated among ourselves,” he revealed. “We were able to put ourselves in a safe place very early in the season and we were never worried by any competitor. So we’re very happy.

“Nobody spoils my pleasure,” Mbappe stressed. “We make a lot of sacrifices and we want to leave our name in history. There are always circumstances in a season and this is one of them. Personally, [the fans’ reaction] doesn’t affect me. I was very happy to win.” 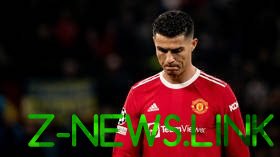 As the trident the Frenchman forms with Neymar and Messi celebrated their first trophy together, however, the silverware could also be their joint last.

A free agent in the summer, French football’s golden boy could move to Real Madrid and end his five-year tenure at PSG.

At the same time, however, there are rumors that Mbappe is being offered a whopping €50 million ($54 million) per year to stay put which would make him the world’s highest paid player.