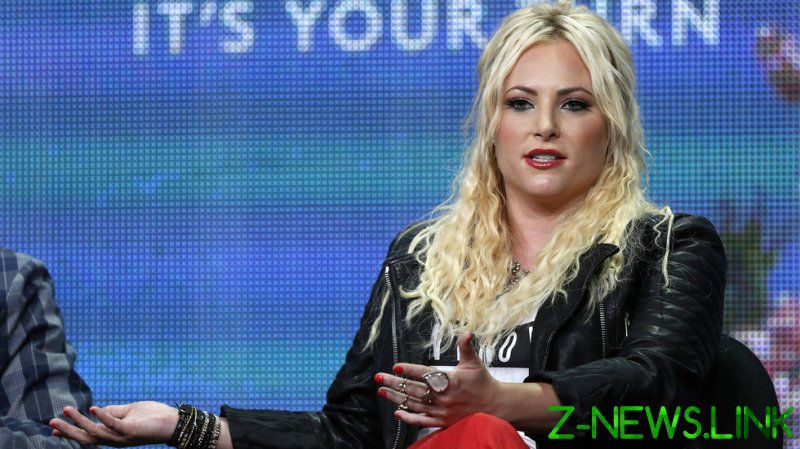 The pundit took aim at Fauci during a Monday segment on ‘The View’ over a recent appearance on CNN, where the health expert suggested those who’ve received an immunization may still have to practice social distancing.

McCain also went on to blast the US vaccine rollout as a “disaster,” arguing “The fact that I – Meghan McCain, cohost of ‘The View’ – I don’t know when or how I will be able to get a vaccine… is so nebulous.”

The host’s comments were not received well, prompting some netizens to demand her firing instead, as many slammed Monday’s tirade as “selfish” and uninformed, while defenders of Fauci insisted she made a “mockery” out of an “American hero.”

“I’m calling for The View to fire Meghan McCain and replace her with someone who actually ‘does understand humanity’ because she is a selfish princess out of touch with the realities of everyday human beings,” one user wrote.

McCain soon shot back at her critics, doubling down on her call on the Biden administration to give Fauci the pink slip.

“Many of you can keep worshiping at the alter [sic] of Fauchi [sic]. I’m not a phony – I will not go on TV and lie saying one thing privately and another on air,” she said. “This is my opinion. We need someone else in charge of coronavirus messaging and leadership.”

Some users came to McCain’s defense, however, noting that Fauci “has contradicted himself” on his coronavirus guidance on several occasions – such as his vacillating advice on face masks – and “shown some partisanship” while working as a public health official.

Fauci made waves last weekend after telling CNN’s Dana Bash that Americans may be asked to wear masks until sometime in 2022, with critics accusing him of redefining the meaning of “normal” and shifting the “goalposts” for when the pandemic-related restrictions might finally be lifted.