Home / business / Media reported about the departure Plotnitsky from Luhansk

Media reported about the departure Plotnitsky from Luhansk 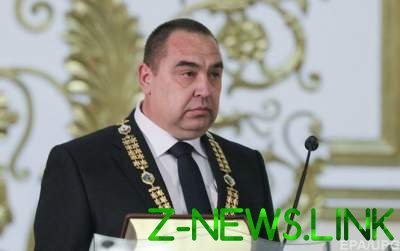 Carpenter, along with his entourage went to Russia.

The leader of the so-called “LNR” went from Lugansk to Russia, according to Novaya Gazeta.

According to the publication, along with Carpenter’s car in the motorcade was the head of his “administration” Irina Tasman, “the head of the STRC LC” Anastasia Cherkaeva and others.

While government buildings remained cordoned off by armed men.

Recall, November 21, in the center of Lugansk were armed men in uniform without insignia. They blocked access to the main administrative buildings.

On November 22 it became known that employees “MIA LC” together with the “special troops of DNR” the knight stormed the building, “prosecutors LPR” in Luhansk.

The seizure of buildings in Lugansk has begun after the leader “LNR” Igor Carpenter sent “the head of the internal Affairs of LNR” Igor Kornet resign, but he refused to resign. Cornet stated that his dismissal was instigated by “senior representatives of the authorities” for his “principled stand”.