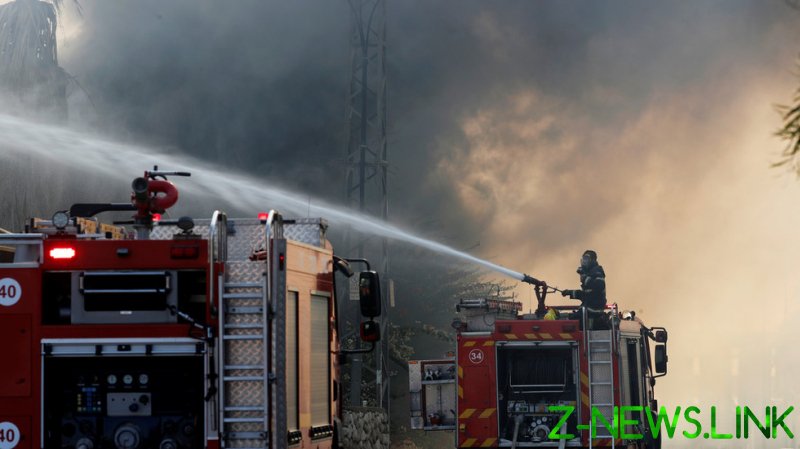 The fire started at the Bazan oil refineries in the northern Israeli port city of Haifa late on Friday. Footage circulating online shows flames and a large plume of smoke coming from the installation.

The refineries’ emergency team battled the blaze and they were joined by Israel’s Fire and Rescue Service, who swiftly put the fire out. It was not immediately clear what damage the facility suffered, but its operations were stopped and its supply of fuel was halted, local media reported.

According to the county’s Environment Protection Ministry, the fire was caused by a “damaged pipe” in the continuous catalytic reforming system. Local media reports, however, suggested the fire started after a control valve at the facility had broken.

The fire occurred just days after an executive committee, established by the Israeli government, recommended dismantling Bazan’s petrochemical plants in Haifa “as soon as possible, and within no more than a decade.” Haifa, a major industrial hub, remains one of the most polluted cities in Israel and its petrochemical installations are believed to be the main culprits.