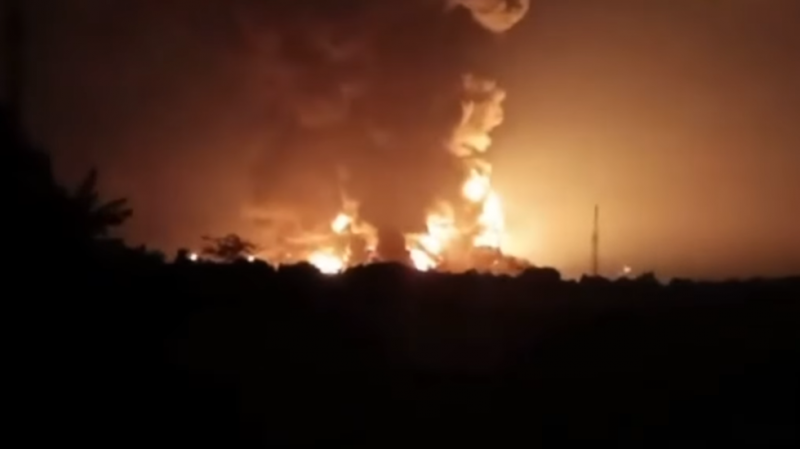 Videos purportedly filmed not far from the scene of the incident show columns of fire turning the predawn skies yellow.

Huge pillars of smoke can be seen billowing from the site.

One video shows visibly distressed locals scream and flee for safety as a distinctive loud sound, similar to that of an explosion, can be heard in the background.

Local media reported, citing witnesses, that the blaze could be seen from a distance as far as 5 km (3,1 mi) away from the facility.

It’s unclear so far what caused the inferno.

The Balongan refinery kicked off its operations in 1994. Last month, Pertamina announced it would increase the facility’s production capacity from 125 MBSD (million barrels of steam per day) to 150 MBSD. The upgrade was expected to “increase national energy security,” according to the company.