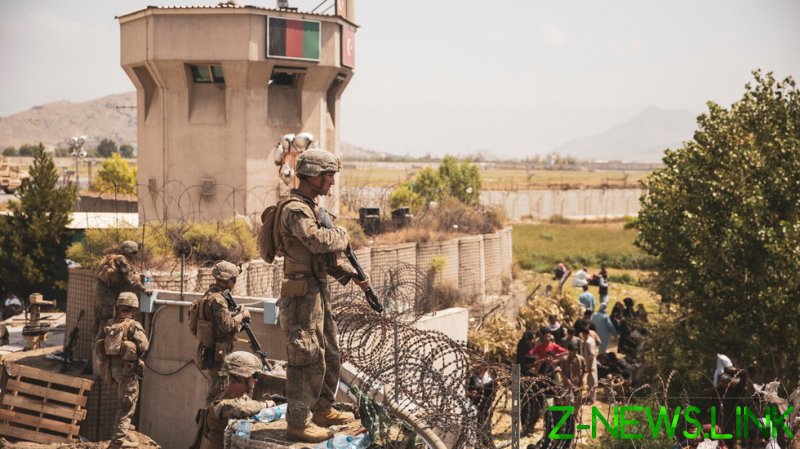 Scheller will face a misdemeanor-level special court martial, though the military did not say when. The most the body can do is reduce his pay by two thirds, however – he cannot be imprisoned or discharged if found guilty.

No hearings have been scheduled in the case, MTC spokesman Captain Sam Stephenson said on Wednesday.

Scheller was arrested and placed in the brig – a navy and marine term for jail – at Camp Lejeune in North Carolina last week, after reportedly continuing to speak out in defiance of a “gag order” issued by his commanding officer. He had already been relieved as Advanced Infantry Training Battalion commander, after demanding accountability from the senior military leadership for the disastrous exit from Afghanistan in August.

In a Facebook video posted shortly after a suicide attack at the Abbey Gate of Kabul airport killed 13 US troops and 170 Afghan civilians, Scheller called out senior USMC and Pentagon leadership for their handling of the withdrawal. The Biden administration had decided to abandon the fortified Bagram airbase in favor of the civilian airport closer to the Afghan capital, but was caught off-guard by the complete collapse of the US-backed government and a Taliban takeover.

“I have been fighting for 17 years. I am willing to throw it all away to say to my senior leaders: I demand accountability,” Scheller had said in the original video. In a subsequent message, he urged his colleagues to back him up. “They only have the power because we allow it. What if we all demanded accountability?”

He was locked up after defying orders to stop speaking out on social media, prompting an outcry in conservative media and from some members of Congress. Reports of Scheller being held in solitary confinement were not accurate, Captain Stephenson insisted to Stars and Stripes, adding that the colonel was allowed contact with other prisoners and staff and “at least two hours” of recreation time per day.

The Pipe Hitter Foundation, which is raising funds for Scheller’s defense, said he was still subjected to the ‘illegal’ gag order, and that he has formally requested to be allowed to resign his commission rather than face the court-martial. The foundation is run by former Navy SEAL Eddie Gallagher.

Likewise, no one faces any disciplinary action over the August 28 drone strike that killed 10 innocent civilians – including seven children – in Kabul, which for weeks the Pentagon claimed had been the “righteous” targeting of a terrorist “facilitator,” before eventually admitting otherwise and issuing a public apology.