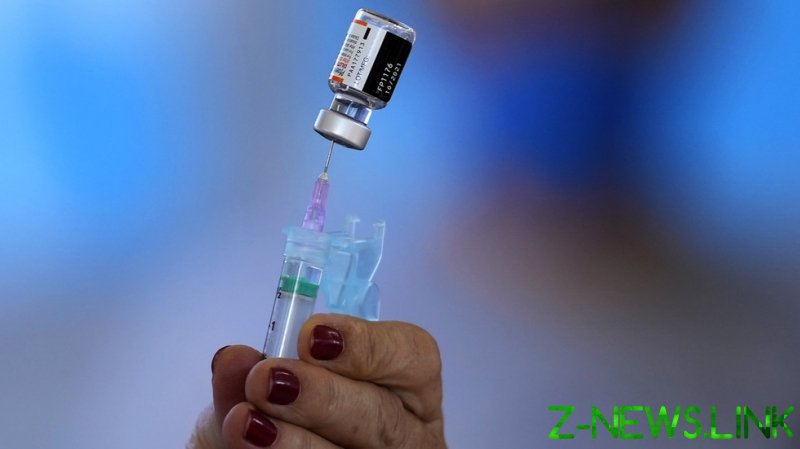 A 31-year-old man has been taken off the waiting list for a heart transplant because he won’t take a Covid-19 jab, Brigham and Women’s Hospital in Boston, Massachusetts has confirmed.

The Harvard University teaching hospital said it was following recommendations by the US Centers for Disease Control and Prevention (CDC) to require the jab alongside “lifestyle behaviors” for transplant candidates, “to create both the best chance for a successful operation and to optimize the patient’s survival after transplantation, given that their immune system is drastically suppressed.”

“Patients are not active on the waitlist without this,” a hospital spokesperson told the New York Post.

DJ Ferguson was hospitalized in November, after his lungs filled up with blood and fluid due to a hereditary heart issue, according to a GoFundMe fundraiser set up for his family. He then needed surgery due to three blood clots in his legs, which almost didn’t happen due to the state’s moratorium on “elective” procedures on account of Covid-19 restrictions.

His father David Ferguson told Boston’s WBZ-TV that DJ “doesn’t believe” in the Covid-19 jab and considers it “against his basic principles.”

“I think my boy is fighting pretty damn courageously and he has integrity and principles he really believes in and that makes me respect him all the more,” David said. “It’s his body. It’s his choice.”

According to Tuesday’s update to the fundraiser, Ferguson’s refusal is based on the fact that he simply can’t afford potential heart complications due to the jab’s known side effects, as he is at “extremely high risk of sudden death” if his heart swells any further. The family has had “many conversations” with doctors, who confirmed that this could happen and could not guarantee anything, saying taking the jab was a choice he would have to make if he wants to be listed for a transplant.

“We’re being pressured to choose a shot that could kill him,” wrote Amanda Brodeur, whose best friend Heather is the mother of Ferguson’s two children, with another on the way.

“This is not just a political issue. People need to have a choice!” she added.

Ferguson was due to be fitted with an emergency heart pump that would help him for the next two weeks. He is the first publicly reported case of someone being denied a heart transplant over the Covid-19 jab in the US. Two Americans have previously been removed from the kidney transplant list.

University of Colorado Health said a woman could not get a new kidney because neither she nor her donor had taken the vaccine, pointing out that the mortality rate for transplant patients who get Covid-19 is over 20%. Meanwhile, a vaccinated Ohio man was denied a transplant because his donor refused to get the shot, citing medical and religious reasons.