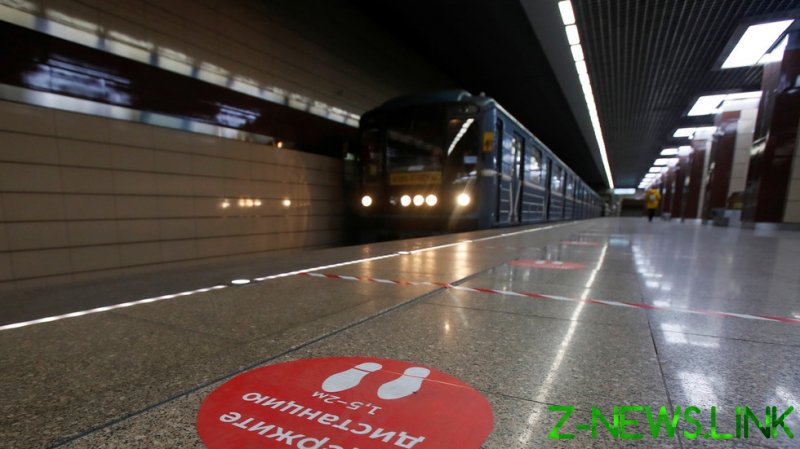 The tragedy occurred at Skhodnenskaya Station in the northwestern part of the Russian capital. A video recorded by the CCTV camera showed a man suddenly rushing towards the edge of the platform in an apparent attempt to jump in front of an arriving train.

A second man is then seen to be jumping on him and grabbing him in an attempt to thwart his efforts, before both of them fall onto the tracks right under the train. The “vigilance” of the train operator allowed the jumper to survive. His ill-fated would-be rescuer died in the incident, however. The survivor then fled the scene.

The reasons that prompted him to jump in front of the train remain unknown. Now, a court will decide if he did that intentionally, Moscow Transport Department said in a Telegram post, adding that, if it was intentional, he would be brought to justice since his actions resulted in the death of another person and left the train operator with “psychological trauma.”